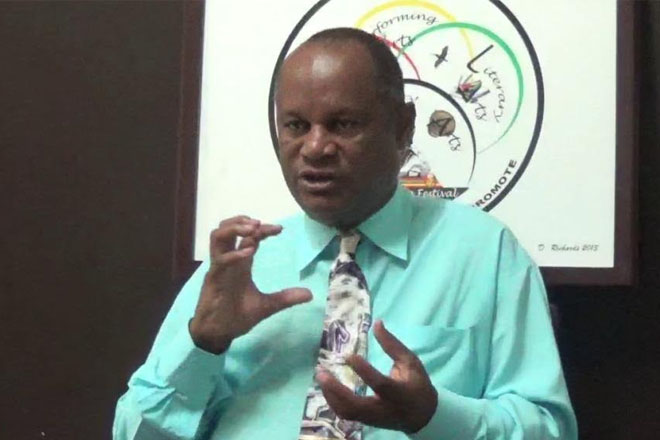 Independence Celebrations to be Infused with Culture

This is according to new Director of Culture Troy Mills who revealed that the restart of the cultural extravaganza will take place over this year’s Independence weekend in September. He said the dates for the specific sub-events and displays will be announced as the time draws closer.

“We really want to make it a constant feature,” Mr. Mills emphasized. “So that every two years, you know this is happening and say, I want to be a part of this, I want to attend. This is a route of showcasing our culture – locally of course and to the visitors who are going to be here. And we want to establish it so that people would want to come to St. Kitts and Nevis not just for the Music Festival or not just for Carnival but for our National Arts Festival. … We are hoping that we’ll have the necessary supports coming on board, assisting us and encouraging our cultural producers to keep it up.”

Registration forms will soon be available at the Department of Culture. It is anticipated that coming years will see the registration process being taken on-line, making it easily accessible to internet users and encouraging participation of nationals living abroad.

Another event being planned by the Department of Culture is the drumming recital, Heartbeat, which is coordinated every year by Royd Phipps. It will take place Wednesday, June 24 at the Methodist Church Hall, known as the “Old Boys School.”

“It’s been going on for some 15 years or there about,” Director Mills noted. It’s estimated that over 2,000 students over the 15 years have passed through the schools’ drumming programme. As in the past, Heartbeat will showcase students of all ages from the public schools doing various presentations with the drums of course. Some of these students have gone on to study music and play drums in bands. We are very excited about it and we want to use the opportunity to invite the general public to come on out, to the Old Boys School and really support it.”

Mr. Mills thanked government for opportunity to showcase the culture of the Federation noting that “culture is not a my thing, culture is all of us.” He encouraged members of general public to do their part to bring ideas pertaining to cultural expression to the department located on Victoria Road or call him at 668-2055 or 765-1100.