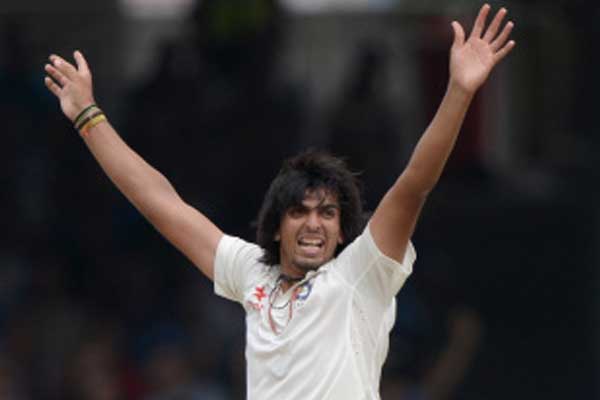 Sports Page – Ishant Sharma, bowling short and aggressively with the old ball, produced one of the most memorable spells in the history of Indian fast bowling to destroy England’s resistance in the second Investec Test at Lord’s.

As India completed a 95-run victory 50 minutes before tea on the final day, it ended a run of more than three years without an overseas Test victory and left England befuddled and bereft as they contemplated a winless streak of 10 Tests and the continued failures of their senior players to contribute to a rapidly-changing landscape.

England’s defeat, and the muddle-headed cricket they regularly played en route, will increase criticism of Alastair Cook’s captaincy despite repeated protestations from England’s hierarchy that he remained the man to lead them during a period of rapid change. As their innings ended to a farcical run-out, Cook and his coach Peter Moores, their dejection only half-hidden behind reflective sunglasses, were deep in conversation on the balcony.

But India, who won at Lord’s for only the second time in 82 years, will have eyes only for the performance of Ishant, who returned career-best figures of 7 for 74 and invited comparisons with the brilliant spell in Perth in 2008 when he roughed up no less a player of fast bowling than Ricky Ponting and encouraged India’s hopes that they had a great fast bowler to reckon with.

Ishant’s career has never quite turned out like that, but one could imagine that the intervening years had not existed as he pounded life from the Lord’s pitch with the old ball, reviving India’s spirits with the last ball before lunch by removing Moeen Ali, and adding Matt Prior, Ben Stokes and Joe Root to hook shots in a burst of 3 for 2 in eight balls as England descended into a self-destructive display of machismo.