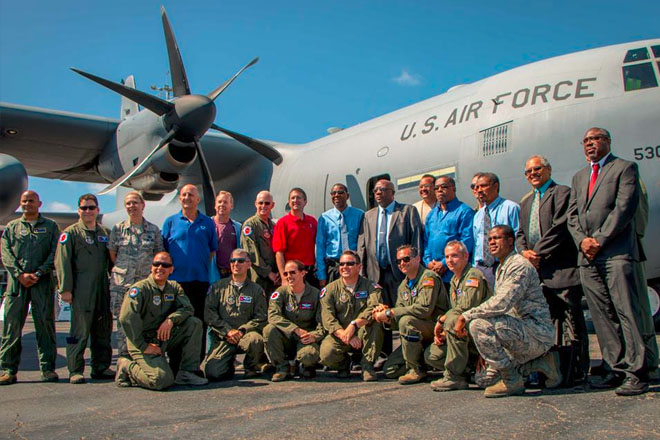 It’s never too early to prepare for the Hurricane Season

Basseterre, St. Kitts (SKNIS) — “It’s never too early to begin to prepare for hurricanes” said St. Kitts and Nevis Prime Minister, Dr. the Honourable Timothy Harris as he underscored personal and national preparedness during a press conference on Wednesday (May 27)

The Atlantic Hurricane season begins June 01 and runs thru November 30, however, it is possible for storms to develop prior to and after the designated period.

According to the United States based National Oceanic and Atmospheric Administration (NOAA) National Hurricane Center (NHC), this year’s hurricane season will have a projected six to eleven named storms, including the first for the year, tropical storm Ana which developed earlier this month.

It was against this backdrop and the visit of the “Hurricane Hunters” to St. Kitts and Nevis in April, that Prime Minister Harris announced that the Ministry of National Security, via the National Emergency Management Agency (NEMA), is finalizing preparations for the start of the 2015 Atlantic Hurricane Season. He further added, “the Disaster Mitigation Committee and its various sub-committees are currently being finalized. Concurrently, assessments are under way regarding the state of readiness of our designated shelters, and key service and security agencies such as law enforcement, health institutions, and the like.”

Prime Minister Harris also noted that Minister of State with responsibility for Health, the Hon. Wendy Phipps has been designated as the Cabinet’s representative to NEMA. He said, “Minister Phipps’ selection was pointed, in that she has responsibility for two of the critical elements in national disaster response, medical treatment and shelter.”

“Our 2015 hurricane preparedness efforts will also be enhanced this year by the fortuitous hosting of the Tradewinds Phase I exercise focused on Humanitarian Assistance,” Prime Minister Harris said. This component of the Tradewinds initiative in St. Kitts is scheduled for May 31 to June 09, 2015. Its objectives include building capacity and disaster recovery competence through improved capabilities to handle relief efforts at the local level.

For information on personal/family and community hurricane preparedness tips, the public can call the National Emergency Management Agency (NEMA) in St.Kitts at 466-5100 or the Nevis Disaster Management Department at 469-1423.