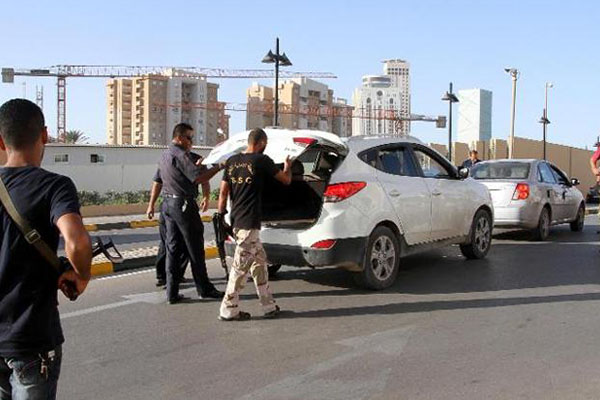 Jordan’s ambassador to Libya is kidnapped in Tripoli

(CNN) — Jordan’s ambassador to Libya was kidnapped Tuesday in central Tripoli, the foreign ministries of both nations said.

Ambassador Fawaz al-Aytan and members of his security detail were abducted and his driver was injured, Jordan’s Foreign Ministry said.

A spokesman for the Libyan Ministry of Foreign Affairs said masked gunmen in two vehicles ambushed the ambassador’s convoy and whisked away al-Aytan.

Militia groups have routinely targeted and intimidated officials in the fractured nation.

On Sunday, Libya’s newly appointed Prime Minister Abdullah al-Thinni stepped down after he and his family were attacked.

Al-Thinni was with his family when his convoy came under attack by militia members near where he lives in Tripoli, a neighborhood resident told CNN.

After they escaped and entered the neighborhood near Tripoli’s airport road, heavy gunfire erupted in the area.

Al-Thinni said he and Cabinet members will continue their work as a caretaker government until a new prime minister is chosen by the General National Congress, the country’s interim parliament.

Security in Libya has deteriorated since the overthrow of Moammar Gadhafi in 2011.

Government forces have been unable to rein in the hundreds of militia groups, which have competing interests, ideologies and agendas.