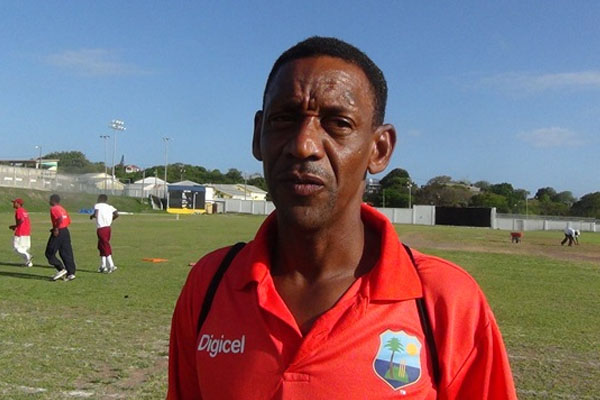 Kejel must put up both hands

Sports Page — Manager and Coach of the senior Nevis Cricket team, Gerard TRINI Charles, is adamant that seasoned opening batsman, Kejel Tyson is too talented not to be making as many runs as is expected.

‘This guy has the shots all around the wicket. He is too talented not to be scoring big,’ said Charles on his return from Montserrat.

He is the number one opener and I want him to put up both hands when we face Antigua this weekend,’ said Charles.

He also spoke to the debut performance of 16 year old Ross Powell:

“The people in Montserrat immediately fell in love with him. They love the way he concentrates and his shots selection. They kept saying things like: ‘if our batsmen could only take a page out of Ross Powell’s book,’ “he said.

He also spoke highly of the debut performance of the other youthful talent in the team, in Philo Wallace; Kezron Archibald and Theron Bussue.

Having won over Montserrat in both formats of the game, Charles is confident that the team will do even better versus the powerful Antigua line up.

He is inviting the general public to witness two exciting matches between the two arch rivals this weekend.

There will be terrific cricket action at the ET Willet Park starting tomorrow Thursday 9th of October as Nevis takes on Antigua in a deciding match in this year’s LICA tournament.