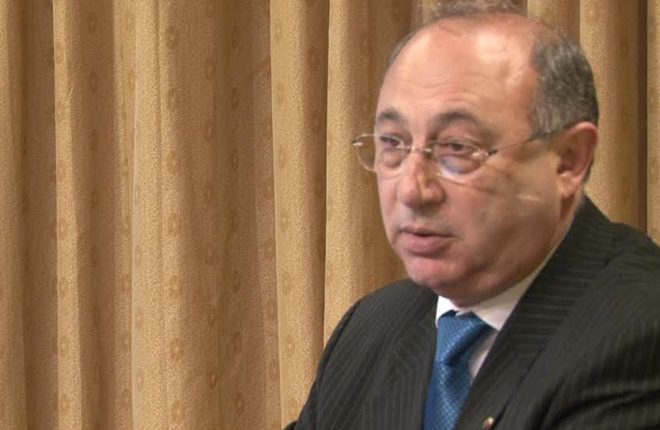 Basseterre, St. Kitts (SKNIS) — Several key officers in the government of St. Kitts and Nevis stand to benefit from the knowledge and experience of His Excellency Olaph Terribile during a protocol training session this week.

At this morning’s (May 05) brief opening, Ambassador Terribile, who is attached to the Maltese diplomatic service and serves as private secretary to the Minister of Foreign Affairs, noted his delight at being able to facilitate the workshop in the federation. He mentioned the upcoming Commonwealth Heads of Government Meeting (CHOGM) slated for Malta in November 2015, noting that there will be a series of pre-meetings especially for Foreign Affairs Ministers to discuss related matters.

“The preparation of such a high profile event is just one of the many topics we will be discussing in the coming days,” Ambassador Terribile stated. “These and other topics on the agenda will provide you with the golden opportunity to learn more about a topic which I hold so dear, that is diplomatic protocol and etiquette.”

Minister of Foreign Affairs in the Federal Government and Minister in the Nevis Island Administration (NIA) Mark Brantley advised participants to make use of the training from personal and national development.

“In today’s global climate, there is an increasing demand for persons versed in protocol and etiquette, whether as conference and event planners, manager and staff of corporate entities and government, visitor and hospitality centres, having protocol expertise makes any exchange more successful and profitable,” Minister Brantley said. “Surely this government of national unity esteems highly our people as our most valuable resource. That is why we have as one of our primary goals the development of our people through the provision of training and scholarships.”

He also expressed the desire that such gatherings would further stimulate and inspire camaraderie between the nationals of the sister islands.

“I am particularly heartened as a parliamentary representative in the federal government and a minister in the Nevis Island Administration (NIA) that I can welcome to the workshop, officers of the Premier’s Ministry and representatives of other Nevis Island Administration representatives,” he said. “I am convinced that in your interactions and deliberations on issues of protocol, you will also display the inherent spirit of fraternity and camaraderie which our shared heritage and ancestry have bequeathed us.”

Workshop participants are also expected to discuss: the diplomat as an event organizer, organization of official visits and national anthems, among other matters.