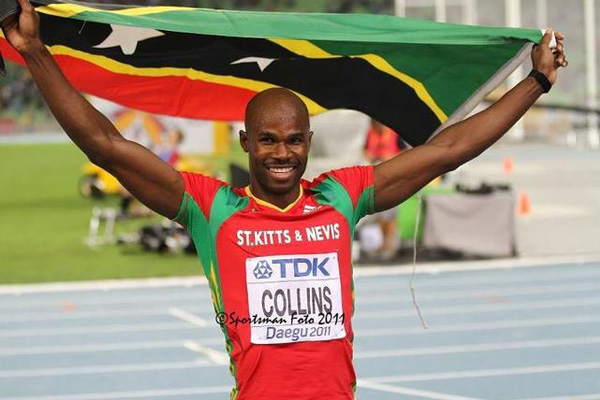 Kim Collins: “An old man like me shouldn’t be winning”

The 38-year-old finished in 6.50 seconds, ahead of a field that included home favourite Chijindu Ujah, to claim the title at the eighth time of asking.

Speaking to Sports Mole after the race, the veteran from Saint Kitts and Nevis said that he had been rewarded for all of the hard work that he has put in during training.

“I put in the work. I really needed to see some results. It’s a really good time for me because everyone is running slower than me,” said the former world champion sprinter.

“An old man like me shouldn’t be winning! Based on tradition, somebody my age is not normally number one, but as I’ve said I’ve been putting in the work.”

Collins also confirmed his intention is to compete at the World Championships in Beijing later this year, when he will be 39.