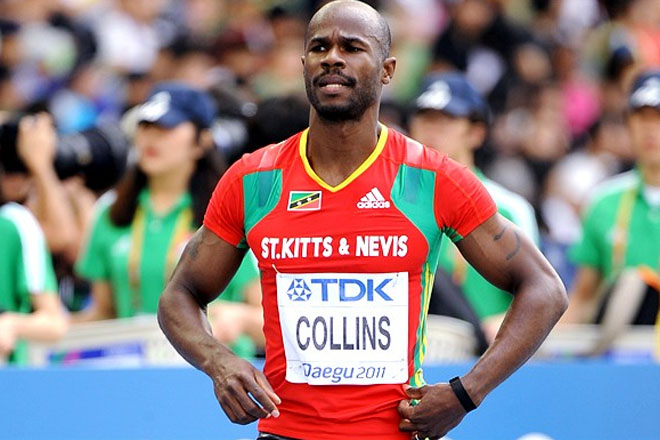 On August 25, 2003 the federation got its first gold medal in the IAAF World Championships when Kim Collins won the men’s 100m in 10.07 seconds.

Since then the athletic stadium in Bird Rock and the highway connecting the airport and ECCB roundabouts were named in his honour and August 25 was dubbed Kim Collins Day.

During the 2019 National Heroes Day Ceremony, Prime Minister Harris noted that there are many individuals whose stellar contributions to nation building should be recognized and appreciated by all.

He singled out Kim Collins; Kenrick Georges, the author and composer of our national anthem; Elston “Ellie Matt” Nero, musician and calypsonian; Keith “Kayamba” Gumbs and Atiba Harris in sports, as well as Zack Nisbett in culture and heritage.

After retiring from athletic competition Collins has spent much of his time coaching and giving back to the youth.