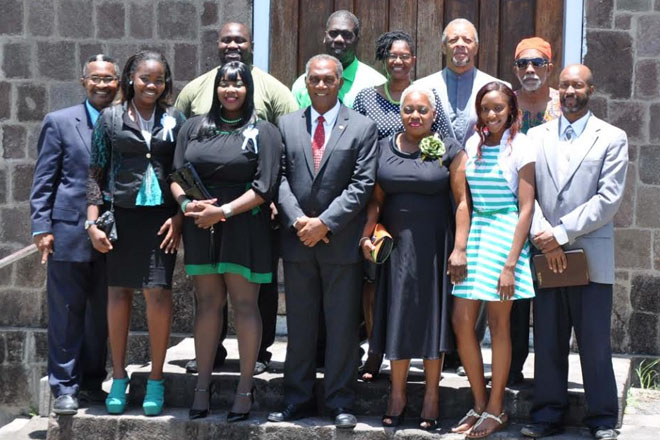 Basseterre, St. Kitts (SKNIS) — A week of activities to promote Occupational Safety and Health (OSH) officially concluded last Friday (May 01) and employees, employers and students have been promised that attention to the subject remains at the fore for the Department of Labour.

Last week, officials took the message of OSH to the congregation of the Zion Moravion Church and business houses as well as to primary and secondary school students in both St. Kitts and Nevis. A panel discussion was also held on ZIZ Radio and Television that featured contributions from representatives of the government, the private sector, St. Kitts-Nevis Trades and Labour Union and Social Security Board.

Based on feedback from the week long activities, Labour Officer Jacqueline Chiverton-Pemberton said it was a very successful public engagement. She singled out the interactions with the primary schools in St. Kitts and the Gingerland and Charlestown High Schools in Nevis and said the discussions were stimulating.

“The children’s questions and responses [showed] they understood what they need to do to prevent accidents,” she stated. “Some of them had family members that suffered from accidents in the workplace and they saw how it affected the family unit.”

Video presentations and pictures helped to drive home the message to the audience. The students and workers at various businesses were able to identify hazards which are to be addressed by authorities.

“We hope that they can begin to practice safety at home at school and at the workplace which will eventually lead to a decline in accidents and occupational diseases in the workplace.” Mrs. Chiverton-Pemberton stated. She added that the Department of Labour will continue to engage the public so as to educate persons on their rights and responsibilities.

The week of activities were organized as part of the international commemoration for the World Day for Safety and Health at Work observed annually on April 28.