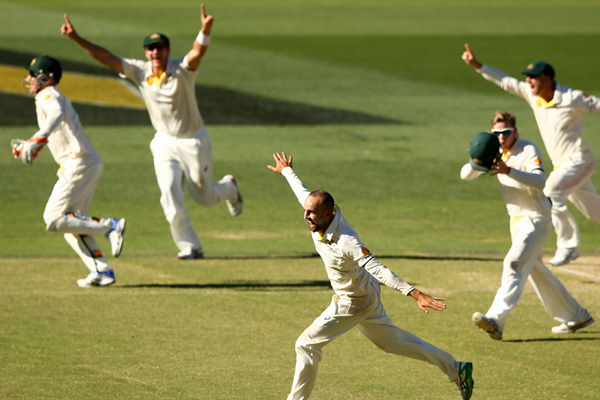 Sports Page — A gladiatorial battle between bat and ball took place on the final day at Adelaide Oval, where a Test that had begun in sorrow a week after the death of Phillip Hughes was given a dazzling finish that highlighted the greatness of this game. India’s champion was Virat Kohli, a debutant captain with his sight fixed on a formidable target while all but one of his team-mates failed to show similar steel. For Australia, it was the spindly Nathan Lyon, suffering unsympathetic umpiring to single-handedly drag his team back into the contest, making up for the bluntness of his faster colleagues. The Test was decided when Kohli pulled Lyon and was caught at deep midwicket, leaving Australia with 60 to defend and three wickets to take. They won by 48 runs.