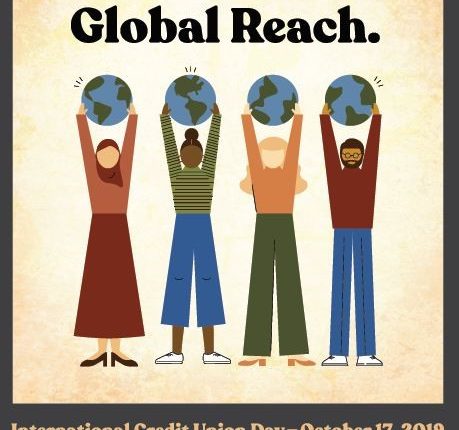 “Together, they comprise a membership of more than 27,500 [clients] with assets amounting to EC $378.8 million, savings reflected by Shares & Deposits amounting to EC $313.3 million, and loans amounting to EC $258.3 million as at December 31, 2018,” he stated, during the broadcast.
Honourable Hamilton added that, “This represents a growth in assets, savings and loans by more than 11 percent, more than 12 percent, and more than 9 percent, respectively, over the previous year.  The local credit union movement has also seen a more than 10 percent growth in membership – a remarkable accomplishment achieved in no small part due to its annual week of activities, which raises awareness of the good work that the affiliate members are doing.”
Minister Hamilton highlighted a Youth Symposium scheduled for Thursday, October 24, 2019, at Garvey’s Estate, Palmetto Point. Over 70 public secondary school students are set to attend the symposium which will run from 8 am to 5 pm. Topics to be covered include: The Credit Union Movement, Building a Personal Brand, Managing Finances, Starting a Business, and Using Technology. The sessions will be moderated by young leaders, as well as leaders within the credit union industry.

The minister noted that the symposium is one of several engaging events that will “educate the public to be well-informed and responsible financial consumers.” He noted that it also is an excellent complement to Financial Information Month held annually in October.

Other engaging activities include the Melvin Edwards Excellence Awards Ceremony on October 16 that recognizes the top three students with the best Test of Standard results in Grade Six, as well as media appearances throughout Credit Union Week 2019. Credit Union officials worshipped at the Zion Moravian Church in St. Kitts and the Shiloh Baptist Church in Nevis yesterday, Sunday, to mark the opening of Credit Union Week.