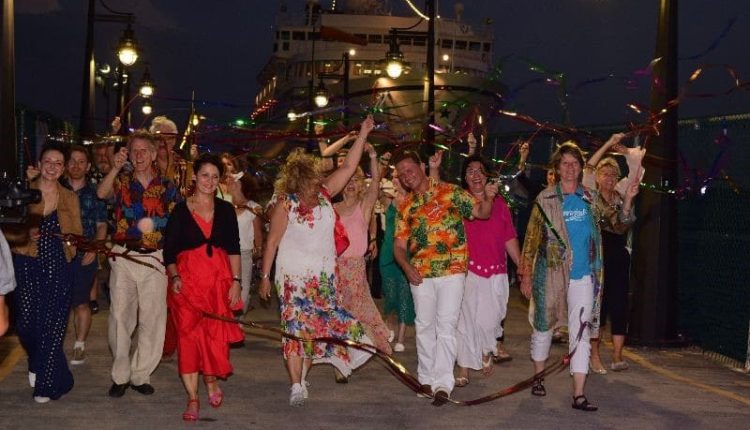 In a ceremony to commemorate the event, Acting Prime Minister the Honourable Shawn Richards stated that the Freewinds holds the distinction of being the longest continuous running passenger ocean vessel to grace the shores of St. Kitts.

“As we gather in front of this splendid ship to commemorate the 31st anniversary of its maiden voyage, it is not lost on me that this month also marks 30 years since the Freewinds made its first call to St. Kitts beginning the longstanding relationship that has evolved and thrived over three decades,” he said.

Acting Prime Minister Richards stated that the significance of the Freewinds relationship with St. Kitts and Nevis “extends beyond time itself as it encompasses substantive engagements that support our country’s national development polices and goals.”

It was noted that in December 2018, the religious retreat and humanitarian ship partnered with the St. Kitts and Nevis National Commission for UNESCO, the Ministry of Social Services, Community Development and Gender Affairs, as well as the Department of Youth Empowerment both in St. Kitts and Nevis for a workshop dedicated to educating youth on human rights.

The acting prime minister also noted that in terms of culture, the Freewinds Band performed at the St. Kitts Music Festival in 1996, the festivals inaugural year.

“The Freewinds prides itself on being the only civilian ship on the high seas designated as an official training platform by the United Nations International Maritime Organization,” he said.

“I therefore take this opportunity in my capacity as acting prime minister to salute the Freewinds for its involvement and interest in developing St. Kitts and Nevis,” he said. “Indeed we are all happy to be here to celebrate this majestic ship, which features 150,000 square feet and nine decks throughout its 440 feet long and 65 feet wide frame.”