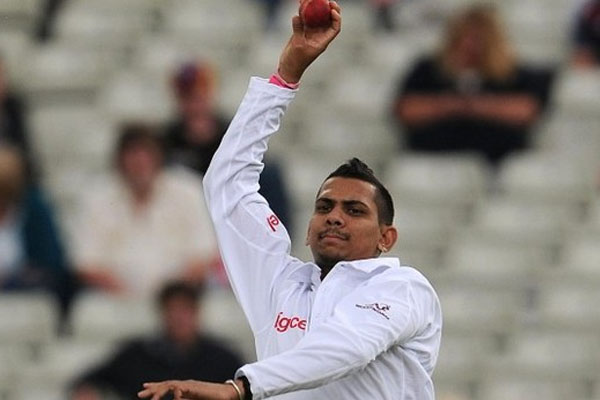 Sports Page — The WICB has decided to withdraw offspinner Sunil Narine from the entire India tour. A WICB spokesperson confirmed to ESPNcricinfo that Narine was being called back home after the Champions League T20 banned him from bowling having called his action illegal.

The West Indies board later sent a press release stating that Narine had been withdrawn to allow him “the opportunity to have his action assessed and plan his return to cricket”. The decision to stand down Narine leaves West Indies with no specialist spinner for the one-dayers against India. A replacement player is yet to be named.

Clive Lloyd, the West Indies chairman of selectors, was unhappy with the Champions League T20’s procedure for dealing with suspect actions. “I am disappointed that our best bowler could suddenly be out of the tour,” he said. “I am quite disappointed about the procedure that surrounded the ‘calling’ of Sunil in the Champions Trophy tournament. These things have the potential to disrupt the team’s preparation for a critical series against India but we will have to overcome this hurdle.”

From October 8, West Indies will play five ODIs and a T20 against India, before three Tests. Narine’s bowling ban is restricted only to the Champions League and other BCCI-run tournaments like the IPL, but the decision to remove him from the tour means scrutiny on him has now extended into international cricket as well.