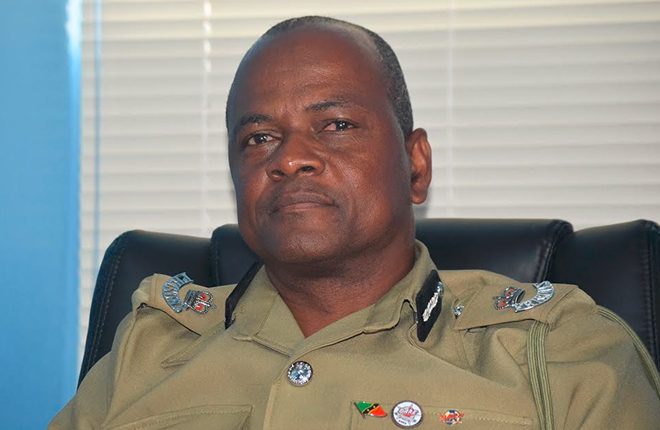 National Security motivates excellence through the introduction and reinstatement of awards

(Press Unit in the Office of the Prime Minister) – The Government of National Unity has pumped an unparalleled level of resources into National Security this year, with the disbursement of $72 million to the Ministry of National Security – representing an almost five-fold increase over the $15.3 million allocated to it in 2014.

This significant investment has not only resulted in tangible benefits for National Security officers, but it has also led to major improvement in the overall morale of the officers, through activities such as awards and appreciation ceremonies.

Under the Team Unity administration, the Royal St. Christopher and Nevis Police Force, through its Service Improvement Plan, reinstated the Police Awards Ceremony in Recognition of Long Service and Good Conduct in 2016. This awards ceremony was inactive for eight years.

Also, Her Majesty’s Prison will be hosting its first ever H M Prison Officers’ Awards Service on Sunday, 30th April 2017 at the Immanuel Methodist Church in Sandy Point, where 45 past and present officers will be recognized for their commitment and dedication to the profession. The church service starts at 9am.

In an interview with the Press Unit in the Office of the Prime Minister on Friday, April 28th, Superintendent of Prisons, Junie Hodge noted that the awards ceremony serves to “show to the officers publicly that we are really appreciative of their service, their loyalty to the job and their willingness to go the extra mile when they are called upon to perform their duties.”

Superintendent Hodge, who is expected to deliver brief remarks at Sunday’s awards ceremony, said the introduction of the H M Prison Officers’ Awards Service to their annual calendar of events has sparked excitement and an even greater level of dedication to the job by prison officers.

“If we could award each and every one of them, we would have done that,” Superintendent Hodge stated. “The officers are hard working and dedicated to their jobs.”

The Honourable Prime Minister, as well as Superintendent Hodge, will present the awards to the deserving prison officers.