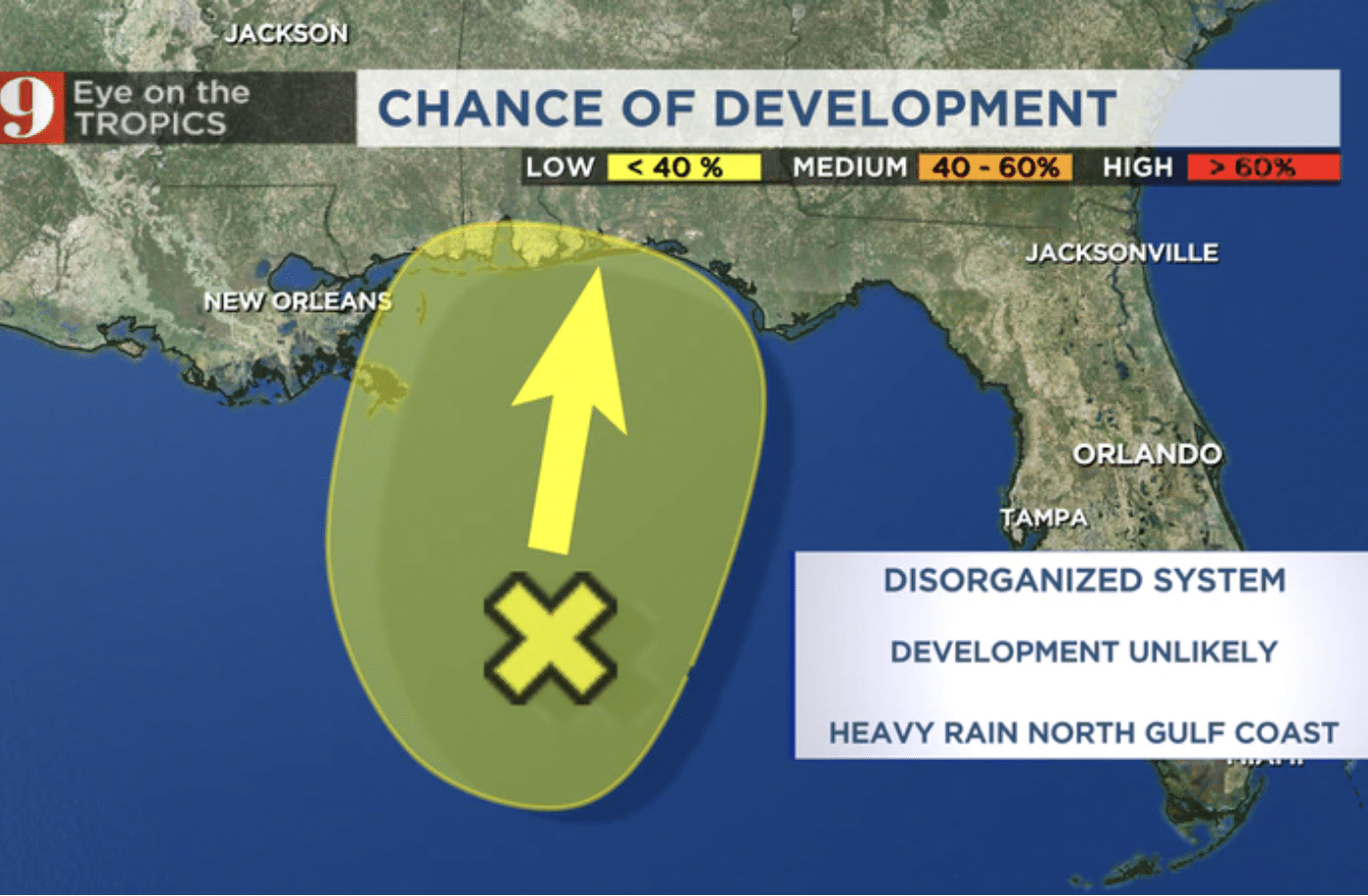 US National Hurricane Centre (NHC) meteorologists are watching an area of disorganized showers and thunderstorms associated with a trough of low pressure over the north-central Gulf of Mexico.

According to an NHC update as of 2 pm, surface pressures remain high, and environmental conditions do not appear favourable for significant development before this system moves inland over the central Gulf Coast in a few days.

In any case, the system is likely to produce heavy rainfall and gusty winds along portions of the central Gulf Coast from southeastern Louisiana to the western Florida Panhandle.

There is a 10% chance of cyclone formation in the next 48 hours due to the disturbance.