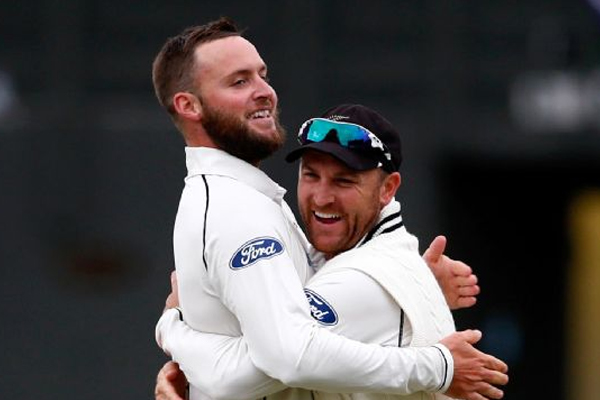 Sports Page — The way the fourth day had panned out – only one wicket – New Zealand would have known going through the Sri Lanka batting line-up was not going to be easy. The visitors had played out almost 11 hours in the second innings of the Christchurch Test without Kumar Sangakkara. The pitch was flatter in Wellington and Sangakkara was back in form. But once New Zealand picked up four wickets – including Sangakkara and Angelo Mathews for single-digit scores – in the first session, the result was more or less decided.

Trent Boult and Doug Bracewell did the early damage before Mark Craig ran through the tail to complete one of New Zealand’s most remarkable Test wins. It was only the second time they had recovered from a deficit of more than 100 to win a game, the last instance being their five-wicket win against Pakistan almost 21 years ago. The situation in this Test had been bleak too, until Kane Williamson and BJ Watling turned the tables on Sri Lanka with a record 365-run sixth-wicket stand.