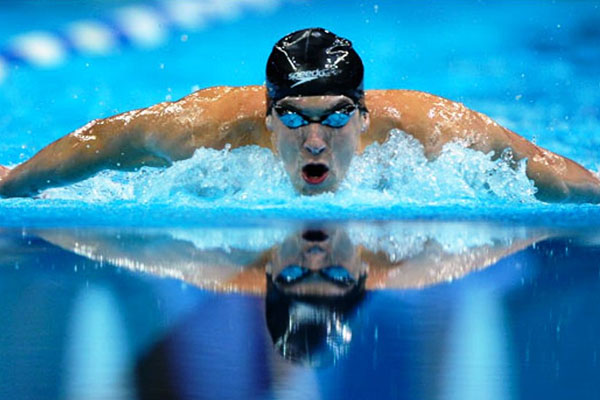 (CNN) — Legendary Olympic swimmer Michael Phelps, the most decorated Olympian of all time, was arrested early Tuesday in Maryland on a DUI charge, according to the Maryland Transportation Authority.

Phelps, known as the “Baltimore Bullet” and winner of 18 Olympic gold medals, was arrested at about 1:40 a.m. and charged with driving under the influence, excessive speed and crossing double lane lines within the Fort McHenry Tunnel on I-95 in Baltimore, the authority said in a statement. He was later released.

Phelps, who returned to competitive swimming in April, said on his official Twitter account that he understands the severity of his actions.

“I know these words may not mean much right now but I am deeply sorry to everyone I have let down,” Phelps, 29, said in a series of three tweets.

“The news regarding Michael Phelps and his actions are disappointing and unquestionably serious. We expect our athletes to conduct themselves responsibly in and out of the pool,” the statement said.

A Maryland Transportation Authority police officer was operating a stationary radar on southbound I-395 leaving Baltimore when a white 2014 Land Rover passed traveling at 84 mph in a 45-mph zone.

The officer followed the vehicle onto northbound I-95, through the tunnel and stopped the Land Rover just beyond the tunnel’s toll plaza.

The 22-time Olympic medalist was identified as the driver by his driver’s license and appeared to be under the influence, the statement said.

“He was unable to perform satisfactorily a series of standard field sobriety tests,” the statement added. “Mr. Phelps was cooperative throughout the process.”