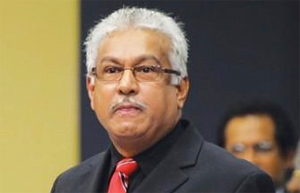 Port of Spain, Trinidad — The People’s Partnership coalition government has suffered yet another defeat in what has been a marathon series of elections in Trinidad and Tobago this year.

Media consultant Sunity Maharaj said the low turnout could be reflective of hard core supporters of the leading parties of the PNM and UNC but sees the constituency as one that can be in play in a general election. Maharaj, who is also head of the Lloyd Best Institute of the West Indies, was part of a panel of political analysts on CNC3 television analysts’ panel.

This is the fourth election for the year in Trinidad and Tobago. Of the four, two were scheduled and two were forced by-elections.

The series of polls began in January with the scheduled Tobago House of Assembly (THA) election, which was followed by a by-election on July 29 in the Chaguanas West constituency. That district election was won by former People’s Partnership government minister of national security, Jack Warner, who committed what many of the UNC chiefs no doubt saw as the ultimate sin by comfortably wresting the seat from UNC control in the party’s heartland.

Then, on October 21, the country voted in local government elections, which the opposition PNM won with eight corporations to the UNC’s five and one hung corporation still to be sorted out by the Elections and Boundaries Commission.

The country can now exhale as the election season came to an end on Monday with the St Joseph by-election, which was triggered by the firing of former justice minister, Herbert Volney from the People’s Partnership government and later his expulsion from the St Joseph seat as the member of parliament for that constituency.

Opposition leader Keith Rowley renewed his call for Prime Minister Kamla Persad-Bissessar to call general elections now, having lost four elections in one year. This latest defeat takes the coalition government down from 29 seats to 27 in the 41-seat House of Representatives.