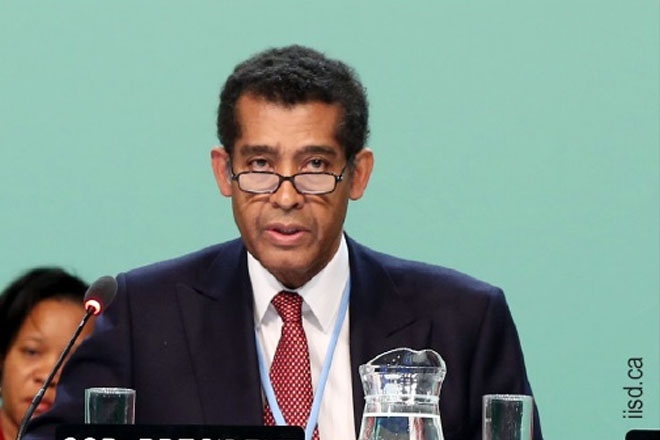 Basseterre, St. Kitts — Nationals of St. Kitts and Nevis at home and abroad are expressing deep shock and outrage after the stunning revelations made by Prime Minister Dr. Timothy Harris regarding millions that were paid to former St. Kitts and Nevis Ambassador to the UN, Mr. Delano Bart QC from the Sugar Industry Diversification Foundation (SIDF).

According to PM Harris in response to a question during his monthly Press Conference, Mr. Bart was paid millions in legal fees for services allegedly provided to the SIDF which some have described as a slush fund. PM Harris declared that Bart had been paid over a whopping $3 million in legal fees from the SIDF. All this while functioning and operating as St. Kitts-Nevis Permanent Representative to the United Nations.

The payments to Mr. Bart appear not to have been made with the oversight, direction or consent of the Director of Audit. PM Harris also questioned why Mr. Bart had to be retained and at such a high cost, when the Attorney General’s Chambers is staffed with competent lawyers who are already on the Government’s payroll.

PM Harris also announced that the SIDF’s records reveal that the Foundation received an income of $1.4 billion, but has spent monies totalling $1.26 billion.

In addition to providing legal services to the SIDF, Delano Bart QC is also listed on the website of the SIDF as a service provider authorised to represent applicants for citizenship by investment.