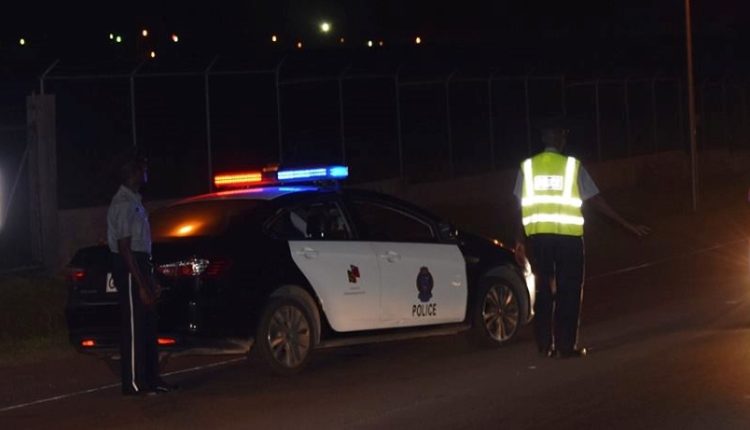 PM Harris Reports Major Crimes Down Across All Police Divisions in St. Kitts and Nevis

Basseterre, St. Kitts, April 10, 2019 (SKNIS): All Police Divisions across St. Kitts and Nevis have recorded a significant decrease in major crime for the year, which is a direct result of increased tactical operations and greater engagement with the community by law enforcement.

“Significant reductions were recorded in larcenies, break-ins, robberies, and other bodily harm offences leading to the overall reduction in major crimes in the Federation from a total of 580 reported [cases] during the first quarter of 2018 to 352 for the comparative period for this year,” Prime Minister Harris stated.  “The reduction occurred both on the island of St. Kitts where there was a 42 percent reduction, and in Nevis where there was a 21 percent reduction.”

A closer breakdown of the statistics by Dr. Harris, highlighted pointed figures from the three Police Divisions. Division ‘A’ includes from Cayon, Frigate Bay, Basseterre, and St. Peters; Division ‘B’ spans from West Farm westwards going on to Lodge; and Division ‘C’ which covers Nevis.

Commendation was extended to the members of the security forces for their increased vigilance and ongoing efforts to enhance public safety. The public was also thanked for embracing its role in helping law enforcement in its fighting strategies.

“We appeal to all parents and support systems within the family – fathers, mothers, guardians, cousins, uncles, aunts, etc to promote a wholesome family life favourable to the positive growth and development of our nation’s youth so that they can grow up to reject violence and crime and become productive, contributing members of this country whom we can all be proud of as they put into practice all of your wise teachings and example. We encourage them to follow the alternative path of peaceful engagement,” said the Minister of National Security.

Dr. Harris continued: “My Government is committed to the peace and stability of our Federation. We are committed to a holistic approach to crime reduction and we will work with every entity that genuinely offers to help and is striving to make St Kitts and Nevis “a country where peace abounds”. Peace and stability provide the environment for the expansion of a larger freedom, a better quality life, businesses to thrive, the freedom of religion to be exercised and our sons and daughters to actualize and utilize their God given talents. This downward trend in serious crimes is wonderful news indeed.”