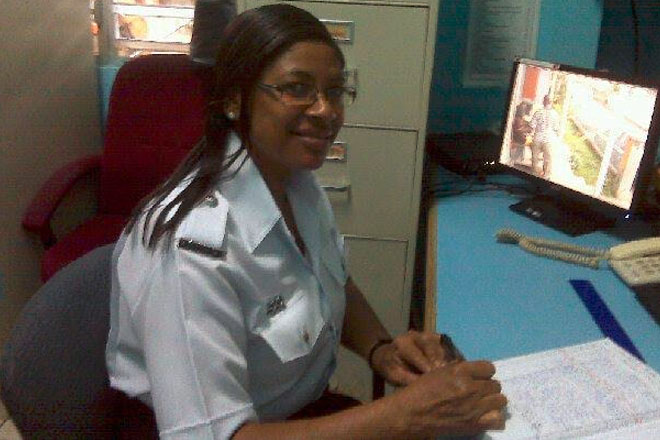 (ZIZ News) — Natalee Rowe of Pelican Drive, Bird Rock was formally arrested and charged for Forgery, which was committed between 1st July 2015 and 9th July 2015 at Basseterre.

Initial investigations revealed that the victims; Kevin Stapleton of Sebastian street Newtown, Morgon Jeffers of Sebastian Street Newtown, and Gary Rogers of Conaree were at the Strip participating in activities. They were at a popular bar when they were attacked by unknown assailant or assailants, and were wounded. They were transported to the hospital for medical attention and are warded.

Anyone who information pertaining to this incident is ask to contact the Frigate Bay Police Station at 465-6899, the nearest police station or Crime Stoppers at 1-800-8477 (TIPS). Remember, you do not have to provide your personal information and you maybe eligible to receive a reward.

An investigator at the Criminal Investigations Department (CID) is investigating the circumstances by which one (1) was wounded sometime around 1:00 pm on Saturday 25 July 2015 at Fort Street leaving one (1) person hospitalised.

Initial investigations revealed that Devon Harris of St. Johnson Village was allegedly stabbed by Gavin Rogers with a knife, and he received multiple wounds to his body. Gavin Rogers is wanted by the police for questioning concerning this incident.

Also: The Royal St. Christopher and Nevis Police Force (RSCNPF) is mourning the loss of one of its own, No. 582 Woman Police Constable Corrine Wallace and extends condolences to her family.

Commissioner of Police (Ag) Mr. Stafford Liburd, takes this opportunity to publicly thank WPC Wallace on behalf of the RSCNPF for her many years in service.

WPC Corrine Wallace joined the Royal St. Christopher and Nevis Police Force in 1994, and would have retired in August of this year.

During her sojourn with us she worked in various departments and stations, lending her skills and expertise in efforts in the fight against crime in the Federation. Such included but is not limited to:

Woman Police Constable Corrine Wallace was an asset to the RSCNPF and she will be missed.