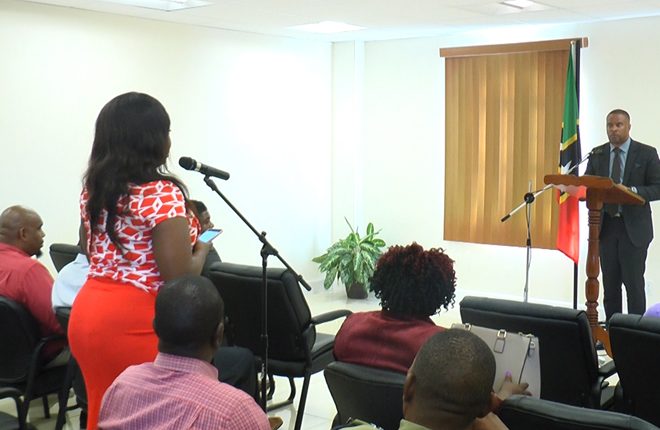 Mr. Brantley also said he is pleased that the machine was discovered and anticipates swift justice.

He made the statements while speaking at his recent press conference.

“I’m happy that the police have been able to recover this machine and it is my hope that they can follow whatever leads they might have and apprehend the people who would’ve been responsible”, Premier Brantley expressed.

The Premier said security at the Vance Amory International airport has since been heightened.

“I think we have beefed up security generally at the airport in terms of CCTV and in terms of bodies there providing security, I think an officer is based there. We will have someone there at all times and security generally for the island, I think that the public should know that we have promised an island wide rollout of CCTV. What was holding us up was the construction of the CCTV command centre so to speak and I’m told that, that is now moving ahead. We have identified the necessary space, we have identified the resources and we hope to have that constructed quickly”, he added.

The ATM was stolen from its original location at the Vance Amory International airport on November 16, 2016.

According to police, it was found open and empty in a bushy area between Westbury and Fountain on Nevis.

Up until news time, no one has been arrested in relation to the find.