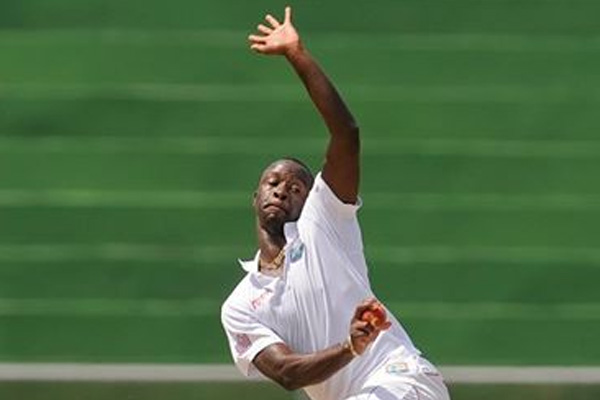 The right-armer scythed though the middle order with a spell of five for 33 to send Bangladesh stumbling to the close of the second day at 104 for seven in their first innings, in reply to the West Indies’ 380 all out.

Left-handed opener Tamim Iqbal resisted with 48 but he was one of only three batsman into double figures and the only one to pass 15.

Roach’s new-ball partner Jerome Taylor picked up two for 33 in support, in a period during the last session at the Beausejour Cricket Ground that saw four wickets tumble for just seven runs, about 35 minutes after tea.

West Indies had been earlier bowled out 55 minutes after lunch, leaving veteran left-hander Shiv Chanderpaul stranded short of a century for the second straight innings.

He finished 84 not out, an innings that consumed 198 balls, lasted just under 4-1/2 hours and included eight fours.

Chanderpaul engaged in two key partnerships to rally West Indies after they lost four wickets for 18 runs early in the first session to slump to 269 for seven from their overnight 246 for three.