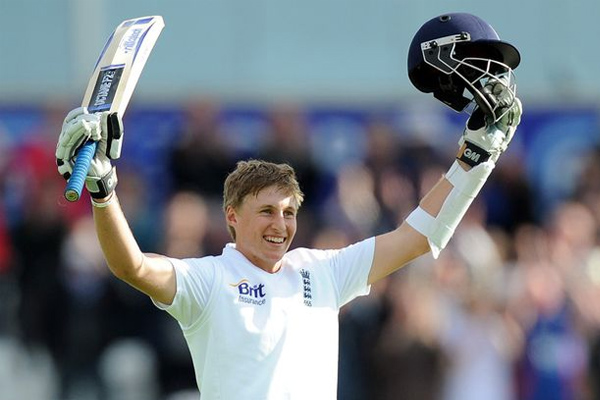 (Sports Page)— Joe Root accepted the opportunity to put a disrupting Ashes series behind him by marking the onset of England’s Test summer with a third hundred once again replete with promise. It was a polished affair against a Sri Lanka attack that initially prospered after inserting England, claiming four wickets for 120, but which found the going increasingly arduous as the first day progressed.

As a tinge of green disappeared from the pitch as quickly as a dash across a paint manufacturer’s colour chart and the Lord’s background hum provided a supportive soundtrack, Root was at ease with his game again, sitting primarily on the back foot and working the ball through the leg side with regularity. His drive down the ground against Shaminda Eranga to reach 96, though, told of better balance and his emotional response when he clipped Rangana Herath through mid-on for three was that of a man who had put his doubts behind him.

Sri Lanka will feel they lost control of the day by a few millimeters. England could have been 209 for 6 if Matt Prior, who made a pair at Lord’s last summer, had been given out lbw for 0 to his second ball, against the left-arm spinner, Rangana Herath. They reviewed umpire Paul Rieffel’s not out decision and failed by the narrowest margin.

By the close, a few millimeters had grown into considerable suffering. Prior finished the day unbeaten on 76