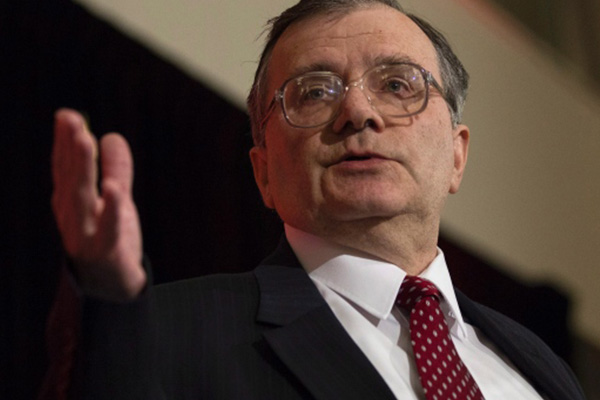 Russian diplomat to be expelled from Ukraine

Kiev, Ukraine (CNN) — Ukraine has ordered the expulsion of a Russian naval diplomat after alleged spying this week, Ukraine’s Foreign Ministry said on its Facebook page.

The statement said the attache was detained “while he was committing spying activities on April 30th.”

The ministry said the diplomat has to leave Ukraine as soon as possible.

Ukraine and Western nations have accused Russia, which NATO says has tens of thousands of troops massed by Ukraine’s border, of supporting and coordinating separatist unrest in its eastern region.

But Russia denies any direct involvement in the disorder, which has seen pro-Russian militia groups seize government and police buildings in more than a dozen towns and cities across the region.

In Ukraine’s capital, Kiev, on Thursday, hundreds of people joined a rally for peace and unity, organized by student and trade union groups and left-of-center parties.

The protesters called for constitutional reform, decentralization of power and new parliamentary elections.

The protest has been peaceful with no incidents reported so far.

Acting Ukrainian President Oleksandr Turchynov said Wednesday that the country’s armed forces have been put on full combat readiness because of the threat from Russia.

Speaking at a meeting with the heads of regional state administrations, he said the authorities’ task was to prevent the spread of the “terrorist threat” from separatists and pro-Russian saboteurs to other regions of Ukraine. He accused groups in Slavyansk of “killing and torturing people, capturing people,” and he said that in addition to automatic weapons, they had heavy weapons like grenade launchers.

He had earlier said that events in eastern Ukraine’s Donetsk and Luhansk regions had shown the authorities’ “helplessness” to counter the separatists’ activities.

“We insist on an immediate termination of the Kiev militaristic rhetoric aimed at intimidating its own population, on preventing the use of force and initiation of the internal Ukrainian dialogue to seek national reconciliation within the country,” the ministry said in a statement posted on its website.

Meanwhile, militants in the town of Slavyansk continue to hold seven military observers from the Organization for Security and Cooperation in Europe, detained last Friday despite their diplomatic status.

Denis Pushilin, self-declared chairman of the “Donetsk People’s Republic,” told CNN on Wednesday that they “would decide about them later.”

He repeated the separatists’ assertion that the observers are NATO spies and said they would like to exchange them for people detained by pro-Kiev authorities.