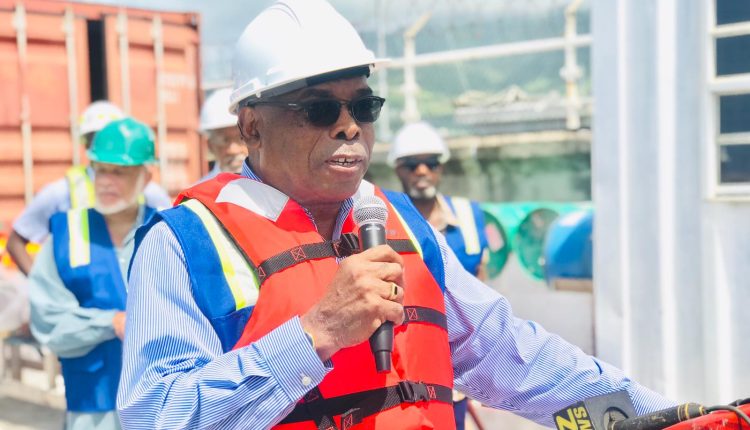 Second cruise pier contract to be reviewed by court of arbitration

Basseterre, St. Kitts, August 22, 2019 (ZIZ News): The US$48 million dollar contract for the second cruise pier will soon be reviewed by the International Court of Arbitration in London following a dispute between investors and contractors for additional funding.

This was revealed by Minister of Public Infrastructure, Hon. Ian Liburd who was at the time addressing the media at the recently held Media Tour event on Monday August 19.

He said the contractor has made the claim based on unforeseen conditions.

“The contractor through its wisdom and its own deliberation has claimed for what they qualify as unforeseen physical conditions and we have said that this is a design and build contract and in any design and build contract the onus has to be on the contractor who is building the project to anticipate unforeseen physical conditions unless its weather, that is something entirely different”, he stated.

Minister Liburd said there was not much that he could say at the time but confirmed that the process has already begun.

He said, “I cannot speak to the arbitration but I know the process has already started.”

Minister Liburd said there should be no need for worry adding that in the case where a claim is “vigorously denied by SCASPA”, construction of the pier project will continue.