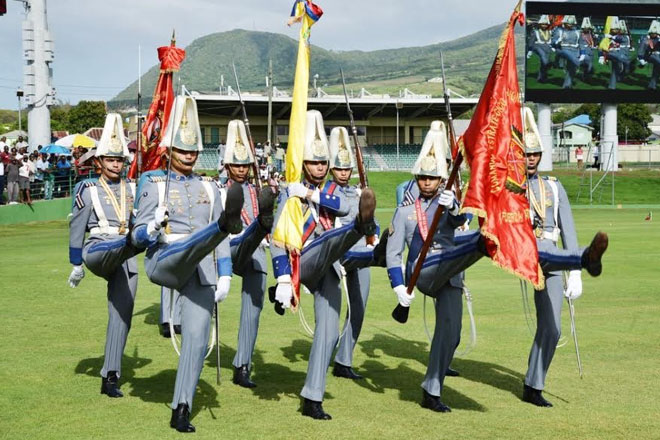 Basseterre, St. Kitts (SKNIS) — The celebrations for Independence 32 are now over and the chairperson of the committee Senator Honourable, Wendy Phipps, said the objectives were met and a precedence of inclusiveness and solidarity has been set for years to come.

The theme for the September-long observance was “United in Building a Stronger Nation” and activities such as the State Service of Thanksgiving, the Prime Minister’s Lecture Series, National Heroes Day Ceremony and National Arts Festival promoted a patriotic and harmonious spirit.

Senator Phipps said the most impactful activities, in her opinion, were the ones which brought together persons from all walks of life in the federation. The State Service held at the Charlestown Methodist Church in Nevis was cited as an example of this. Nationals living in St. Kitts were able to take several chartered ferries to Nevis to participate in the worship and thanksgiving.

“I don’t think we have ever kept any Independence activity that was considered federal in the island of Nevis,” Senator Phipps stated. “It was a good start and it was also a way for us to set a new tone going forward about inclusiveness and about the national prominence that should be given to Independence.”

That message seemingly resonated with nationals as many of the public events were well attended including the National Heroes Day commemoration at St. Pauls, which government officials and members of Her Majesty’s Loyal Opposition participated in marking a historic first. That event featured a Guard of Honour comprised of units from the St. Kitts-Nevis Defence Force and Royal St. Christopher and Nevis Police Force. The troops were also on display for the Independence Day Parade. A contingent from the Venezuelan military university joined the local units and Senator Phipps said their presence was “welcome” noting that it exposed nationals to marching from a different culture.

In looking back, the committee has identified several areas they intend to improve on for Independence 33.

One area mentioned is the start of planning. The committee began working in June this year but Senator Phipps said she envisions beginning the process at an early date. Communication was also cited.

“I think we could have also made better use of the social media,” she added, noting that a subcommittee was in place this year. “That is a trend going forward especially as we observe the fact that 65 percent of the federal population is persons of 35 years or younger.”

Minister Phipps also highlighted the need to improve education about the significance of Independence at the grassroots level.

“What we found, especially among the young persons …, is that a lot of them were not very conversant with the history from which we have emerged,” she stated, noting that more effort needed to be done to address such.

The panel discussion ‘Independence Retrospective (1983-2015)’ had some educational value with points raised by guest presenters.

“I found that Dr. Henry Browne, QC and also Mr. Theodore Hobson, QC, did an excellent job in terms of objectively, putting into context the history that we came from, starting from a post emancipation era, going through the time of the West Indies Federation … going along the part to Independence … and right up to where we are now,” Senator Phipps stated. She also credited the youth panel which explored the topic ‘Independence Prospective “Quo Vadis’ (2015 Onward)” which looked at the way forward.

The Independence chairperson thanked all who contributed to making this year’s celebration a success and promised that continuous reviews will take place to improve on the annual celebration.