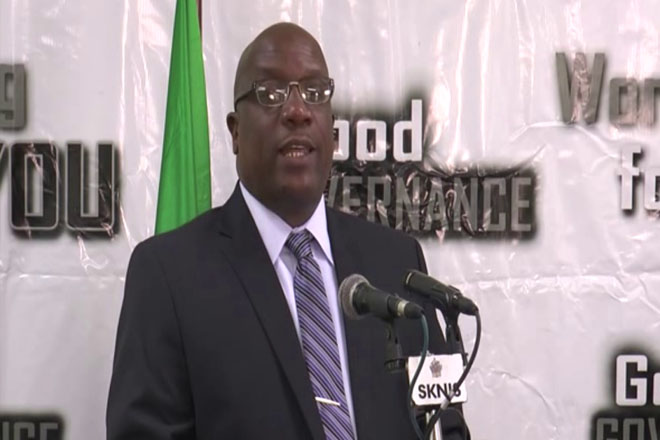 Basseterre, St. Kitts (SKNIS) — The importance of law and order was underscored at the Prime Minister’s monthly press conference at the Parliamentary Lounge of Government Headquarters on Tuesday, October 13th.

In his opening remarks, Dr. the Honourable Timothy Harris, touched on law and order in the Federation of St. Kitts and Nevis and outlined the Government’s efforts to create a healthier society.

“I am pleased to report the continuing downward trajectory of crime,” said Prime Minister Harris, while noting that crime is moving downward slowly, but surely.

“This is a significant improvement,” he said. “We are not out of the woods yet. My Cabinet is of the view that one homicide, is one too many. Hence, we have been supporting the police Six- Point Plan for fighting serious crimes and in particular violent crimes.”

The Republic of China (Taiwan) donated a cheque of over EC$800,000 on Monday, October 12th, to support ongoing and new crime fighting initiatives.

For public knowledge, Prime Minister Harris confirmed during his press conference that these funds will support the extension of the services of the Bramshill Police Advisors out of England, and other initiatives of law and order.