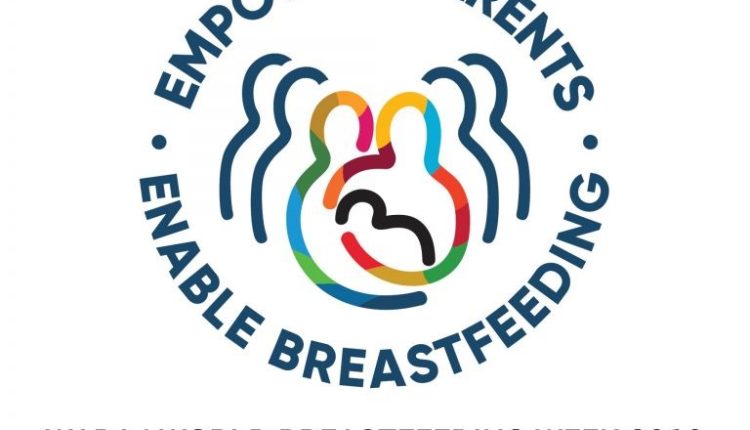 Basseterre, St. Kitts, August 20, 2019 (ZIZ News): The Ministry of Health has joined with international health agencies such as the Pan American Health Organisation (PAHO) and the World Health Organisation (WHO) in advocating for, “Sustaining and strengthening, promoting and supporting the right to breastfeeding”.

This was announced by Minister of State with Responsibility for Health, Hon. Wendy Phipps who was at the time delivering an address to the nation in observance of Breastfeeding Week 2019.

She said that the survival of many infants has heavily relied upon the natural process of breastfeeding which grants children healthy long and resilient lives.

The Minister of State also used the opportunity to share the Ministry’s strong support of breast feeding. She said the Ministry encourages the practice not just for the benefits of the child but for the mother as well.

Minister Phipps said that the global statistics on breastfeeding released by the W.H.O show that only two out of every five newborns are breastfed within one hour of birth, 40 percent of children under the age of six (6) months are being breastfed exclusively and 60 percent are being fed a combination of breast milk and complementary food.

The health minister said she is pleased that these numbers do not reflect the current situation in St. Kitts and Nevis.

“Breastfeeding’s benefits to the mother are also being promoted by the Ministry, including the fact that breastfeeding (a) reduces the risk of breast and ovarian cancers; (b) assists the uterus in returning to normal size after childbirth – due to the uterine contractions produced during breastfeeding times; (c) helps in spacing of pregnancies; and (d) improves the bonding experience between mother and child”, she said.

The Breastfeeding Week of activities run from August 18-24 201 and will include the airing of a locally produced breastfeeding documentary in work places and health facilities throughout the week, a locally produced breastfeeding animation to be aired throughout the week in St. Kitts and Nevis Eateries, St. Kitts and Nevis Ferry Terminals and the Pelican Mall in St. Kitts. It will also include the hosting of a Twenty-hour training programme on the Baby Friendly