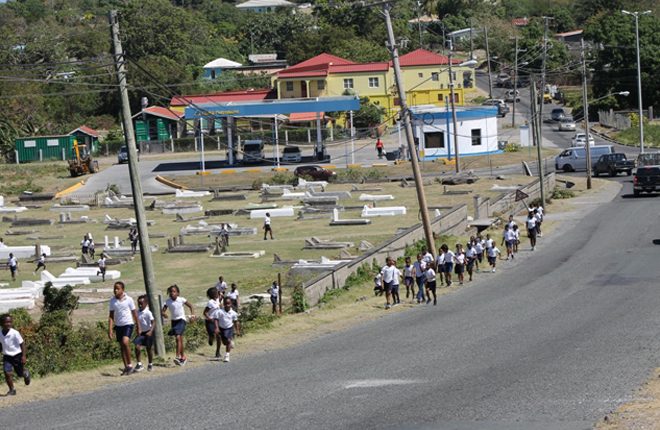 Mrs. Edwards who is the Education and Outreach manager at the University of the West Indies (UWI) Seismic Research Centre says St. Kitts and Nevis has taken an important step and is ahead of other English-speaking Caribbean islands in tsunami awareness and preparedness.

The UWI official was one of a three–member delegation from the centre visiting St. Kitts and Nevis during the recent observance of International Day of Disaster Risk Reduction at the invitation of the National Emergency Management Agency (NEMA).

Mrs. Edwards commended NEMA and the Nevis Disaster Management Department (NDMD) for being tsunami ready, and stated that the islands had been certified tsunami ready two years ago and part of their visit would help in the recertification process.

Its mission is to monitor and study earthquakes, volcanoes and tsunamis in the Eastern Caribbean and provide advice and information for emergency response, public safety and loss mitigation.