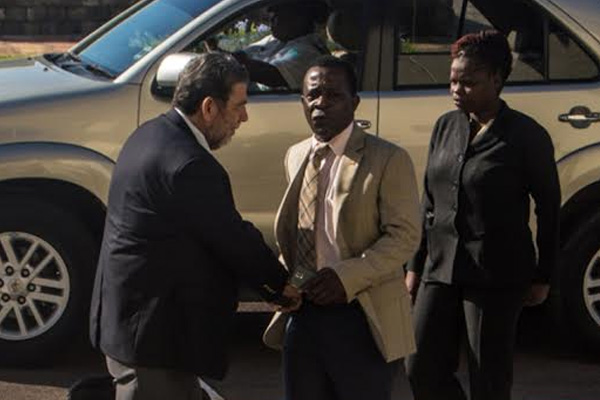 Basseterre, St. Kitts (SKNIS) — Prime Minister and Minister of Finance of St. Kitts and Nevis, Dr. the Honourable Timothy Harris, was among eight Heads of Government and Ministers of Finance who attended the 81st Meeting of the Monetary Council of the Eastern Caribbean Central Bank (ECCB), on Tuesday, 24th February 2015.

The meeting was held under the chairmanship of Dr. the Honourable Ralph Gonsalves, Prime Minister and Minister of Finance of St. Vincent and the Grenadines, at the ECCB Headquarters in Basseterre.

The ECCB Governor’s Report on Monetary and Credit Conditions was presented to the Council, while additional aspects discussed included financial stability, legislative reform, as well as growth and competitiveness. Financial consolidation and debt management, as well as an update on British American Insurance Company (BIACO)/Colonial Life Insurance Company (CLICO) were also on the agenda.

According to a communique released after the meeting, “Council noted that there had been no further disbursements from the Government of Trinidad and Tobago in respect of the BAICO Resolution Strategy. Consequently, Phase III of the ECCU Policyholders Relief Programme had not yet been completed. Council further noted that efforts continue to secure additional disbursements to proceed with the BAICO Resolution Strategy.”

The Council agreed that coordinated planning and the implementation of strategies designed to strengthen the financial sector were key to the overall development of the ECCU economies.

During a pre-meeting briefing with ECCB Governor, Sir K. Dwight Venner, Prime Minister Harris remarked, “we are looking forward to working with all stakeholders. The ECCB is perhaps one of the most important institutions in achieving desirable benefits for the people of St. Kitts and Nevis.”

The next meeting of the Monetary Council would be held on Friday, 24th July 2015 in Anguilla.