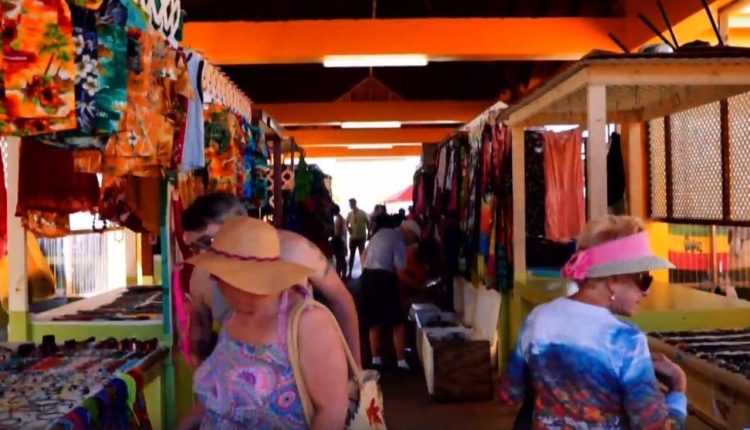 Basseterre, St. Kitts, May 21, 2019 (SKNIS): Minister of Tourism, the Honourable Lindsay Grant has stated that St. Kitts and Nevis ranks the third highest cruise passenger spend in the Caribbean and is planning to use its marquee port status designation from the cruise lines to increase arrivals, and more importantly boost passenger spend on the island.

During his remarks at the 2019 Tourism Experience Awards held at the Royal St. Kitts Hotel on May 18, Minister Grant stated that preliminary figures and findings from the Florida-Caribbean Cruise Association (FCCA) Breaux Study on the economic impact of cruise tourism from 2017 to 2018 cruise passenger arrivals increased significantly from the 2014 to 2015 study –up by nearly half.

“What is more important is that the study ranks St. Kitts the third highest cruise passenger spend among all the Caribbean destinations behind only St. Marten and the British Virgin Islands,” he said. “This means that cruise passengers are putting more money in our economy, more money and spending on tours, in shops and also for dining.”

“Our goal is to have passengers spend more money in our shops, on dining and with tours and activities,” said the minister.

Port Zante was designated as a marquee port when it exceeded one million cruise passenger arrivals for the 2017/2018 cruise season. Minister Grant noted that St. Kitts and Nevis is the only destination in the OECS to reach this mark. He added that this status has only been achieved by larger and more mature island destinations.

“The achievement is a direct result of our customer service training we provide to ensure a world class guest experience,” he said. “In fact, our total cruise passenger arrivals for the 2017/2018 season reached as high as 1.112 million.”