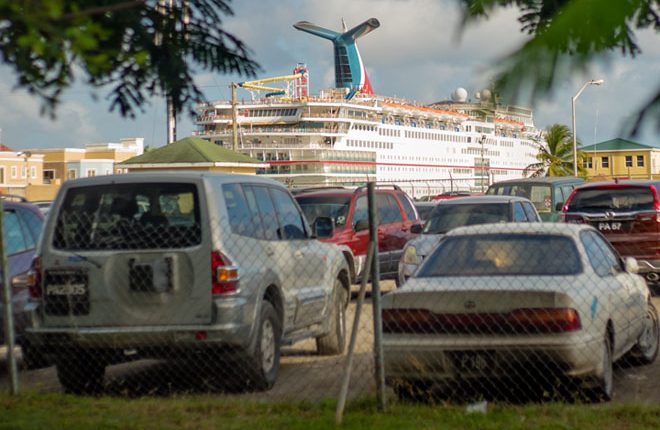 The tourism sector in St. Kitts and Nevis has reached yet another milestone in the cruise industry.

St. Kitts has earned the third highest average cruise passenger spend for the 2017-2018 cruise year in the Caribbean.

This was revealed in a recent study released by Business Research & Economic Advisors (BREA), economic contribution of cruise tourism
to the destination economies to the Florida Caribbean Cruise Association.

The study, which is engaged by the FCCA in partnership with its destination partners every 3 years, was released at the 25th annual FCCA cruise conference & trade show in San Juan, Puerto Rico earlier this month.

During a brief interview with ZIZ, Minister of Tourism, Hon Lindsay Grant, who led a delegation to the conference said he was extremely proud of the results and explained why this report is significant.

He said this accomplishment is even more significant considering the 2017-2018 cruise year ended with St. Kitts receiving more than a Million passengers for the first time in history.

St. Kitts is third behind St. Maarten and St. Thomas. Minister Grant noted that the cruise revenue is spent on the ordinary man and woman in St. Kitts and Nevis.

According to the study, during the 2017-2018 cruise year cruise tourism directly generated US $143 million to St. Kitts’ economy, along with nearly more than two thousand jobs, paying more than US $17 million in wage income.

It also noted that despite economic setbacks due to a catastrophic 2017 hurricane season, the results show record cruise tourism expenditures generated far beyond expectations.