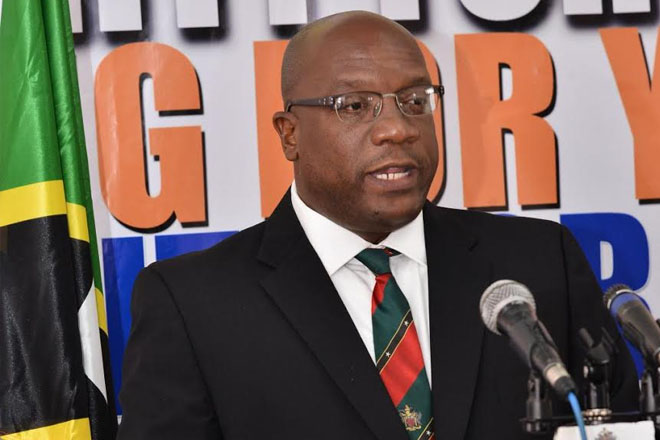 Basseterre, St. Kitts (SKNIS) — Prime Minister Dr. the Honourable Timothy Harris firmly stated that citizenship would be revoked from economic citizens who commit serious crimes such as terrorism or whose names appear on international sanctions lists or on wanted lists of any country or international body or who are named in a scandal, during his monthly press conference for April.

He further elaborated that revocation would also be applied to the economic citizenship of persons who make false claims or provide misleading information on the CBI application form.

Prime Minister Harris has assured that these are some of the measures being taken to re-establish the good reputation of the Citizenship by Investment (CBI) programme and particularly to mitigate the concerns expressed by the United States, Canada and United Kingdom governments.

He noted the importance of the CBI programme to the economy of St. Kitts and Nevis referring to it as “the catalyst for growth and development” and as being “integral to our economic success and social stability.” This is supported by recent International Monetary Fund (IMF) reports that indicate the contributions of the programme in 2014. PM Harris noted that “this particular programme contributes about 36 percent of government revenue and is somewhere nigh double digits in its contribution to overall GDP [Gross Domestic Product.]”

“To our partner governments across the world and of course critically important to us are the governments of the USA, Canada, the UK and the European Union – I pledge my word that no undesirable will be allowed to take advantage of our programme,” Prime Minister Harris pledged. “We shall work actively with you to make this happen. We shall not permit nor condone the sale of any diplomatic passport. Our reputation is not for sale for any price. We shall be revoking any passport that was used fraudulently; we will not allow our country’s good name to sully.”

The new changes were described as a renewal of the CBI programme.

“This is a fresh start to resetting our relationship with the USA with Canada with the EU who has all expressed public concern about identity management practices and the participation of illicit actors in the programme,” the St. Kitts and Nevis leader expressed. “We will not just talk the talk, we will walk, the walk. To genuine investors, I regret consequential delays you may have experienced as my government paused and took stock of the programme which was sullied when we inherited it from the former regime.”

Prime Minister Harris also committed his government to carrying out the 20 reforms on the CBI programme, as recommended by IPSA International Inc., a US-based risk management firm.