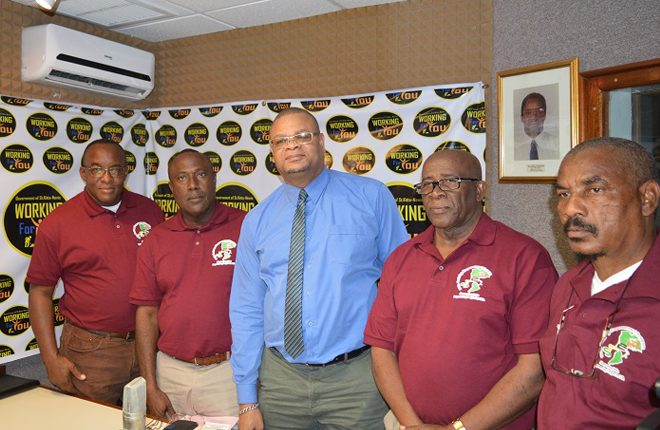 Basseterre, St. Kitts, February 13, 2019 (SKNIS): The Skills Training Empowerment Programme (STEP) continues to positively impact trainees in St. Kitts and Nevis, while producing countless success stories, said officials of the programme who appeared on “Working for You” on February 13, 2019.

Oscar Astro Browne, Senior Field Officer for STEP in Nevis, said that the programme seeks to give people on the job training where interns are attached to local businesses to learn skills and at the same time earn an income while learning.

“I see this programme as bridging a gap between where we want to go and where we are now,” Mr. Browne said, while noting that he has witnessed firsthand the skills learned in the programme put into action by a graduate in the electrical field, whom he hired to do some work on his home.

“There are success stories on the STEP in farming, cosmetology, auto mechanic and carpentry, just to name a few,” said Permanent Secretary in the Office of the Prime Minister with responsibility for STEP, Osbert DeSuza, who said that the programme will be sustained as long as people are benefiting from technical and Vocational Education and Training.

Mr. William Phillip, Senior Field Officer for STEP in St. Kitts, added that, “in the space of about a four week period, we were able to have five persons who were assigned to the St. Kitts Marine Works be absorbed full time on its pay roll,”, while pointing out that there are many other entities who have employed exemplary interns from the STEP as full time employees.

Mr. Phillip encouraged the private sector to consider evaluating persons who are assigned to them on the STEP and to decide for those persons to become part of their payroll to give them an opportunity to be fully employed within the establishment.

“It is not just a matter of relieving the STEP of numbers, but also creating a sense of belonging psychologically in the minds of the persons who were assigned there over a period of time,” he said.

He also said that they have had 30 persons in the landscaping business who have acquired loans through the Development Bank of St. Kitts & Nevis to get equipment to start up their own businesses.

In a documentary produced by the STEP office for its second anniversary, many persons testified to the invaluable skills and life lessons they have learned from being a part of the programme.

Interns at Juniors Fresh Produce said that they enjoy working at the farm and now have the knowledge of how to grow and treat different crops.

“I thank the government for setting up the STEP, so we can get wages to help out our families and thank you to William Brown for allowing us to work on the farm,” said one of the interns.

Reginald Francis of Marine Works said that the company was happy to take on some interns from the programme full time.

“We are happy to say that we’ve taken a few in when they initially started and we have taken them full time into our company. They have been diversified in terms of doing painting, handling of boats and mechanical work. We wish the programme a lot more success and we are willing to take more people,” Mr. Francis said.

The Skills Training Empowerment Programme is celebrating its second anniversary under the theme: “Showcasing Skills, Empowering People for Life”.