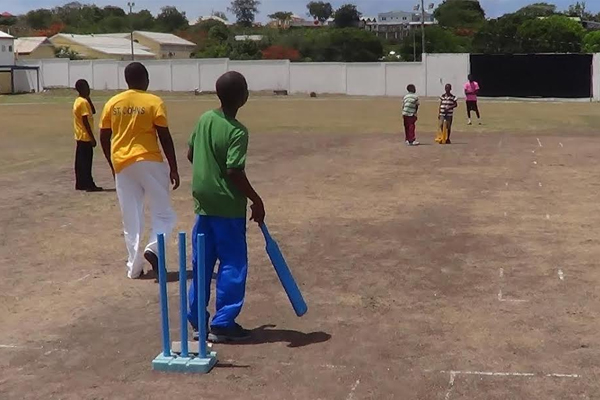 (Sports Page)— The summer Cricket clinic for 2014, hosted by the Department of Youth and Sports, came to an end on Friday 18th July.

Despite the absence of the regular coaches who were all overseas on official duty, the clinic proceeded nonetheless.

Coach at the Sports department, Vijay Harinarine, led out in the endeavour.
He noted that the children were taught the basics in the game of Cricket which included catching; fielding; batting and bowling.

He noted that quite some time was spent on ensuring that the bowlers bowled and not throw the ball and that the batsmen concentrated on playing the ball in the ‘V.

On the final day, they engaged in a match simulation exercise during which all of the participants were able to bowl and bat.

Some of them also had the opportunity to serve as captains at various points in the game.

Harinarine indicated that the various captains were chosen because of the leadership qualities that they demonstrated.

In terms of continuity, he expects that the young cricketers will now gravitate towards the grass roots programs which are being held throughout the various communities.