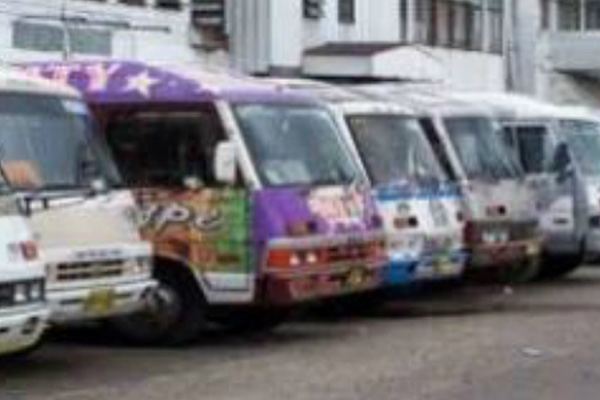 Suriname government moves to clamp down on foreign bus drivers

Paramaribo, Suriname (CMC) — The Suriname government says while Guyanese bus drivers have the right to operate in the country, they must first apply for the necessary license to do so.

The Ministry of Transport, Communications and Tourism (TCT) made the announcement after bus drivers earlier this month called on the authorities to find a solution to the problem where Guyanese bus drivers transporting passengers to the Suriname-Guyana border now travel to the capital, Paramaribo.

The TCT said it has requested the Ministry of Foreign Affairs to help arrange a meeting with its transport counterparts in Guyana and that it has also requested information from the Guyana embassy about what is required from Surinamese bus drivers who want to take passengers beyond the western border.

Bus drivers in Suriname blocked the road to and from South Drain in District Nickerie two weeks ago where the Canawaima Ferry berths, protesting the action of their Guyanese counterparts.

The bus owners say they have been complaining of unfair competition from the Guyanese drivers for four years and it was time for the government to take action.

The Canawaima Ferry Service began operations on November 1, 1998, transporting vehicles, passengers and cargo from South Drain in District Nickerie over the Corantijn River to Moleson Creek in Guyana.

The ferry provides for lively traffic between the two countries, with buses loading up hundreds of people in the capitals Paramaribo and Georgetown daily, to take them to the borders. Buses are not supposed to cross over with passengers though.

The TCT said that it would update the bus drivers this week about their options.

It said that when Suriname joined the Caribbean Community (CARICOM Single Market and Economy (CSME), it amended its public transportation legislations so bus owners from other member states of the regional bloc could also operate in Suriname.

But the TCT said that before foreign bus owners are allowed on the roads in Suriname, they first have to apply for a permit and their vehicle inspected to ensure that it meets the requirements for operating on the roads.