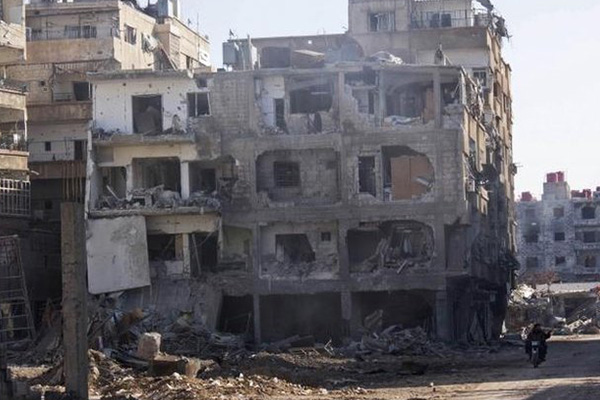 Syria accused of torture and 11,000 executions

(BBC)—There is clear evidence that Syria has systematically tortured and executed about 11,000 detainees since the start of the uprising, a report by three former war crimes prosecutors says.

The investigators examined thousands of still images of dead prisoners, many reportedly smuggled out by a defector.

A Syrian spokesman said the report had no credibility as it was commissioned by Qatar, which funds rebel groups.

The report comes a day before peace talks are due to begin in Switzerland.

The talks, known as “Geneva II”, open in Montreux, and continue in Geneva two days later.

It is seen as the biggest diplomatic effort yet to end the three-year conflict which has left more than 100,000 dead and millions displaced.

Meanwhile, in its annual report released on Tuesday, Human Rights Watch accuses Russia and China of allowing abuses to take place by blocking action through the UN.

It also accuses both government and pro-opposition forces of human rights abuses including torture and extrajudicial killings.