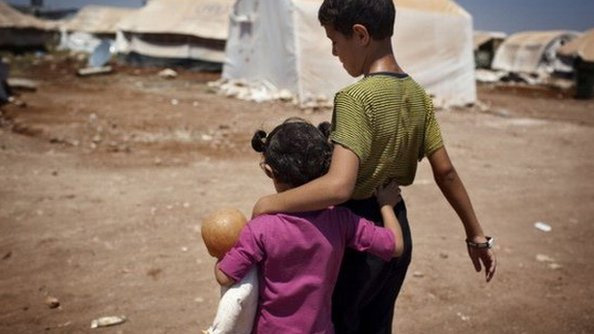 Syria polio outbreak confirmed by WHO

(BBC) The UN body says a further 12 cases are still being investigated. Most of the 22 people who have been tested are babies and toddlers.

Before Syria’s civil war began in 2011, some 95% of children were vaccinated against the disease.

The UN now estimates 500,000 children have not been immunised.

Polio has been largely eradicated in developed countries but remains endemic in Nigeria, Pakistan and Afghanistan.

The BBC’s Imogen Foulkes in the Swiss city of Geneva says there has been speculation that foreign groups fighting in Syria may have imported it.

WHO spokesman Oliver Rosenbauer said the source of the virus had to be one of the endemic areas.

“That’s from where it would have always spread, and that’s why it is so important to eradicate in those areas, because otherwise you are going to keep seeing polio in polio-free areas,” he told the BBC.