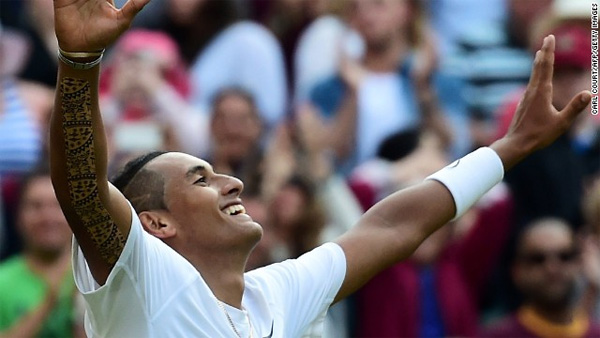 Teen who took down Rafael Nadal brought back to earth

(CNN) — The teen who stunned the world of tennis Tuesday from Wimbledon’s Centre Court, beating Rafael Nadal in an audacious, four-set victory laced with fun and brazen moves, has had his fairytale first Wimbledon brought to an close.

But the 19-year-old from Canberra’s achievement will live on as one of the shocks of the tournament.

To meet tennis world number one Rafael Nadal on the court at Wimbledon in his first appearance there, and to not only triumph, but to do so with an assortment of tricks, including an opening ace and a sublime between-the-legs flick that left the Spanish great dumbfounded, counts as a memorable introduction.

“Never did I think a week ago I was going to make the quarterfinals of Wimbledon in my first appearance,” the wild-card entry, ranked 144 in the world, said in a press conference after taking this famous scalp.