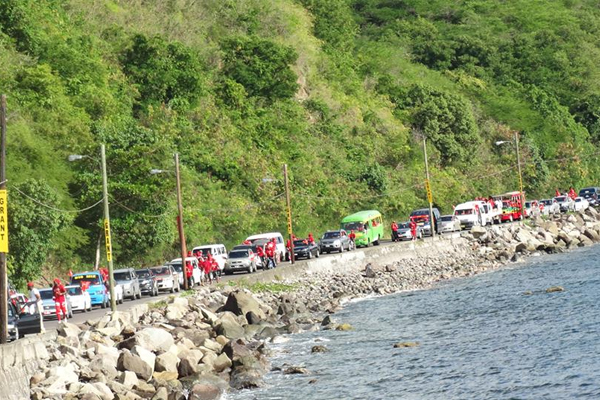 Basseterre, St. Kitts (CUOPM) — One week before the people of St. Kitts and Nevis go to the polls, residents are describing Sunday’s Whistle-stop, the biggest ever in the history of the twin-island Federation.

As the motorcade wended its way through St. Kitts, residents poured into the streets, danced and waved and greeted Prime Minister Douglas and the seven (7) candidates of the SKNLP, who all spoke on a Public Address system through their respective constituencies.