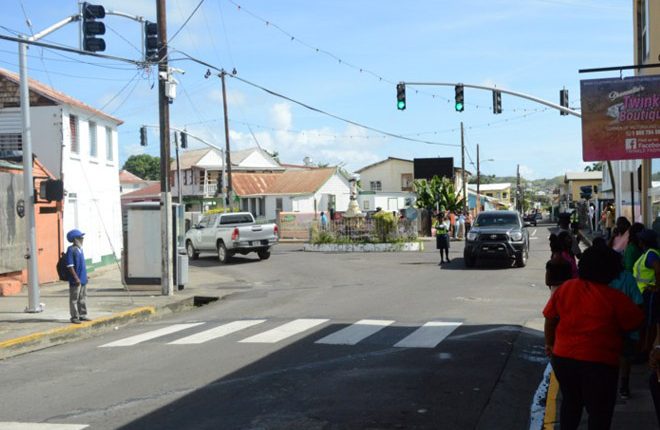 Traffic lights will be switched on before the end of January

(SKNIS): Director of the Public Works Department (PWD), Cromwell Williams, urged residents of St. Kitts and Nevis to be prepared for the commissioning of the traffic lights, which is expected to be done before the end of January, 2018.

He made the statement on Wednesday (January 17) following the successful testing of the traffic control system. Mr. Williams said there was one more hurdle to pass before the signal lights are switched on.

“There needs to be an amendment to the traffic regulations. That currently is being finalized by the Legal Department and that only requires the signature of the Minister with responsibility for Transport,” Director Williams stated, noting that from a technical standpoint everything will be ready in the next few days.

The signal light system was installed by Synergy Engineering Ltd of Jamaica. Barrington Cross, a traffic signal analyst with the company, disclosed that after the commissioning of the lights some tweaks will be necessary, from time to time, based on the number of cars using a particular intersection at the time of day, during a particular period.

For instance, the lighting pattern used on January 29, 2018, is likely to be different than the one operating on June 29, 2018. This is because of the traditional influx of visitors and cars on the road due to the St. Kitts Music Festival.

A number of technicians employed by the local government have been trained to programme the traffic lights as well as to perform maintenance on the control system. In addition to the training they received in St. Kitts, the team will also travel overseas for additional training.

“We’ve made sure that persons are trained and that we (PWD) have adequate spares … so that the lights can be functioning around the clock,” the PWD head said.