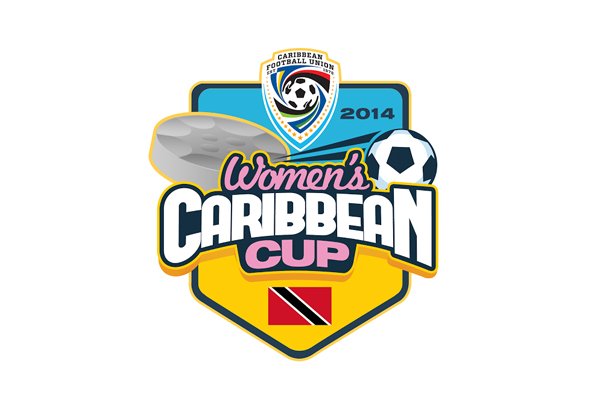 Group A’s early kick-off was a battle of pride as both Antigua & Barbuda and St. Kitts & Nevis searched for their first points and goals of the tournament respectively.

It was the Antiguan ladies who were able to draw first blood in the 5th minute, as Breanna Humphreys scored a low hard shot which beat St. Kitts Custodian Shandor Wilkinson to give the Bennagirls an early lead.

The Antiguan’s gained confidence from their first goal of the tournament as they continued the assault searching for a second.

The pressure seemed to be too much for the Antiguan’s as St. Kitts scored from a well worked corner kick with Kerisha Powell scoring a beautiful header in the 70th minute. But the game was left with some late drama as Pheonetia Brown took advantage of some ball watching and taped in the winning goal for St. Kitts & Nevis in the 90th minute ending the game 2 – 1.

Host nation Trinidad and Tobago not only finished at the top of Group A but also finished group play in style. The return of Star attacker Kennya “Yaya” Cordner clearly added another edge to the Soca Princesses as they wasted no time with getting on the scoreboard.

It took only the 1st minute for Cordner to open her account as she stormed down the left side receiving a pass from her midfield and then placed a low shot from a tight angle into the back of Martinique’s net.

At that point the Martinique team struggled with the pace of the opening minutes as Tasha St. Louis converted her team’s second in the 5th minute from inside the box. She then scored her second of the night in the 9th minute added misery to the French Islanders who haven’t conceded during group play of tournament.

After a blistering first 10 minutes Martinique found some organization and became compact in the midfield. The strategy helped as it kept the host nation at bay until Tasha St. Louis completed her first half hat-trick right on the 45th minute.

Trinidad continued their route of Martinique in the second half when Mariah Shade finished her chance in the 49th minute. She would then double her account with a second strike in the 63rd minute of play.

The Martinique ladies made some rare moves forward and tried to attack the host nation’s goal but all attempts were dealt with by an excellent backline. Dernell Mascall scored the 7th goal of the night in the 70th minute completely knocking the wind out of Martinique as the game ended 7 – 0.

The evening results sets up the first finals of the Women’s Caribbean Cup as Trinidad & Tobago will face Group A winners Jamaica for the trophy and Haiti will face Martinique in the 3rd place match on Tuesday at the Hasely Crawford Stadium.