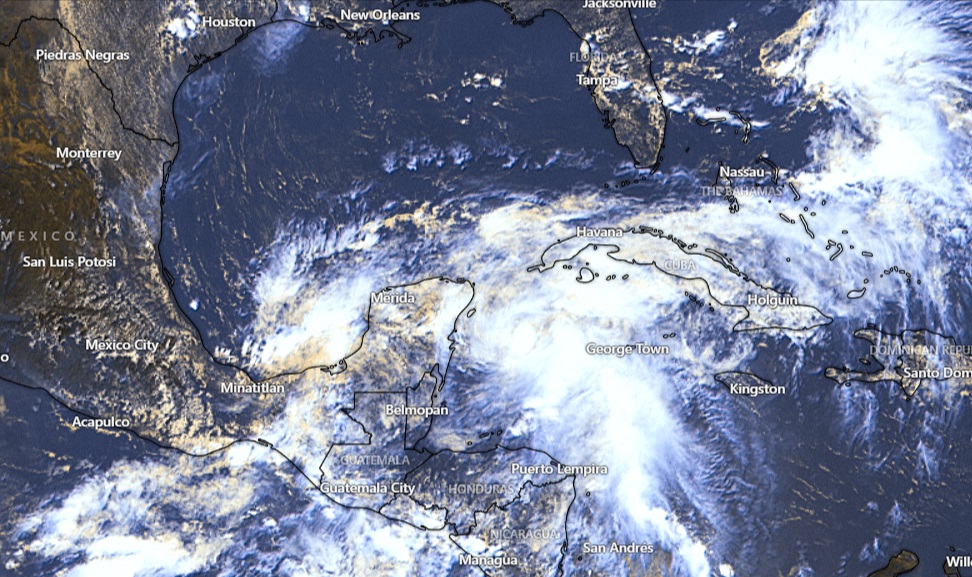 Tropical Depression Could Form by Friday Near the Gulf of Mexico

The centre says the disturbance is interacting with an upper-level trough over the Gulf of Mexico and producing a broad region of rapidly increasing numerous strong convection over most of the northwestern Caribbean.

NHC says environmental conditions appear marginally conducive for gradual development, and this system is likely to become a tropical depression by the weekend as it moves northeastward into the northwestern Caribbean Sea, southeastern Gulf of Mexico, and crosses the Florida Peninsula.

Regardless of development, locally heavy rainfall is likely across portions of southeastern Mexico, the Yucatan Peninsula, Guatemala, and Belize during the next couple of days, spreading across western Cuba, southern Florida, and the Florida Keys on Friday and Saturday, the NHC says.

This disturbance has a medium chance of becoming a tropical cyclone during the next 48 hours.