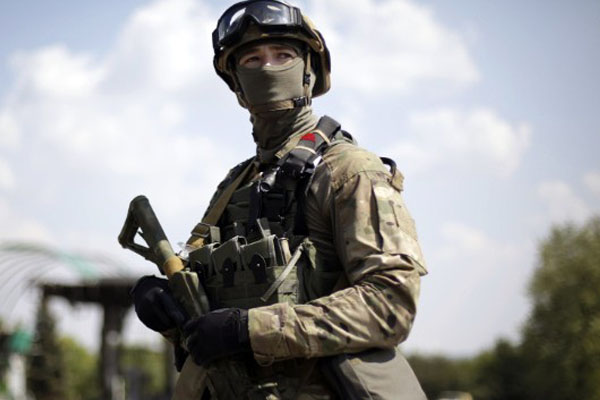 Kiev, Ukraine (CNN) — Ukrainian soldiers have recovered the bodies of 15 civilians from Monday’s attack on a refugee convoy in the eastern Luhansk region, a spokesman for Ukraine’s National Security and Defense Council said Tuesday.

Col. Andriy Lysenko told a press briefing in Kiev that there are more casualties but Ukrainian forces are being prevented from recovering the other victims by “fighting in the area which is still controlled by the separatists.”

The Ukrainian military said Monday that women and children were among those killed in the attack on the caravan of refugees.

The civilians were trying to escape fighting between pro-Russian rebels and the Ukrainian military but were not in an established humanitarian safety corridor when they came under fire, a military representative said.

Lysenko said Tuesday that the convoy was traveling from Luhansk to Lutuhyne, which is controlled by the Ukrainian government, when it was attacked.

Militants are blocking access to the area around the destroyed convoy and are shooting at all vehicles in the area, he said.

Meanwhile, fierce fighting continues for control of the city of Luhansk, a stronghold for pro-Russian rebels.

The Ukrainian military has retaken one district, Lysenko said, and there is street fighting in the city center.

Humanitarian agencies say thousands of people in the Luhansk and neighboring Donetsk regions don’t have access to water, electricity and proper medical aid.

Ukrainian officials acknowledged Sunday that a convoy of more than 260 Russian vehicles on the border is, in fact, carrying humanitarian aid.

But Lysenko said the aid had not started to move as of Tuesday morning, since the rebel Donetsk People’s Republic has not given the necessary safety guarantees to the International Committee of the Red Cross.

A small group from the ICRC has been sent to Luhansk to evaluate the situation there and assess how to proceed with the cargo delivery, he said.

As of Tuesday, 77 cities and villages in Donetsk region are without electricity.

The convoy initially sparked fears that Russia was trying to use a humanitarian convoy as a cover for sending in more aid and weapons for pro-Russian rebels in eastern Ukraine, which Russia and the rebels denied.

Efforts to find a diplomatic solution to the crisis in eastern Ukraine continue.

Ukrainian President Petro Poroshenko spoke by phone Monday with German Chancellor Angela Merkel, his office said. That conversation followed a meeting in Berlin on Sunday of the foreign ministers of Germany, Ukraine, France and Russia.

Russia’s Foreign Ministry said “some progress” had been made on issues including ending the hostilities, border control, the delivery of humanitarian aid and creating the conditions for a political settlement.

The ongoing fighting — sparked by a political crisis over whether Ukraine would seek closer ties with Europe or Russia — has left more than 2,000 people dead and just under 5,000 wounded in eastern Ukraine since mid-April, according to estimates from U.N. officials.