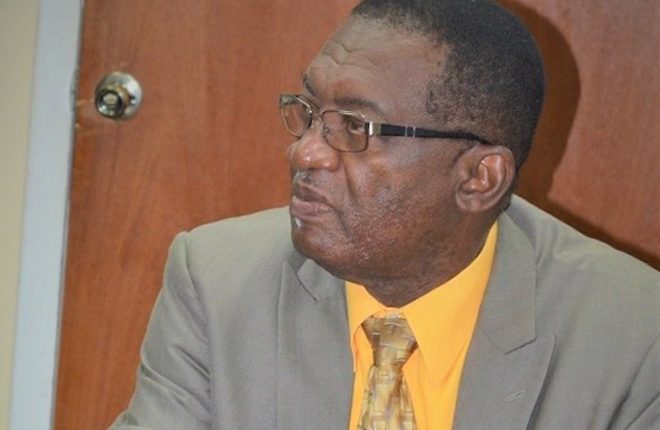 Basseterre, St. Kitts, February 12, 2019 (SKNIS): The implementation of Universal Health Care (UHC) coverage in St. Kitts and Nevis will be a seminal moment in the history of the twin-island nation, which will bring with it access to quality medical care to help reduce the suffering of the sick, says Honourable Eugene Hamilton, Minister of Health and National Health Insurance.

Speaking during a tour by the Federal Cabinet of manufacturing companies at the C.A. Paul Southwell Industrial Site on Monday, February 11, 2019, Minister Hamilton gave assurance to a woman, who works at Jaro Electronics, and who lost her daughter-in-law to cancer a few years ago that help is coming with UHC to assist persons to get the medical care they need and to foot their medical bills.

Speaking directly to the personal loss of the woman, Minister Hamilton said, “I want to be there for people like Akilah, so look forward to an announcement later in the year when this will come and how it will come,” he said.

Additionally, Minister Hamilton told the workers that the Commission for Universal Health Care is finalizing a report to submit to Cabinet that will recommend how the coverage plan can be realized.

“We have too many people who have some chronic illnesses who may have to travel abroad, who sometimes don’t have it, and the point is you are around the country collecting or begging a contribution as some people don’t bother with you. So, this month, we should have some information on the recommendation from the Commission, and once we have looked at those recommendations Cabinet will determine when it will start, how it will start, which sections of the country or the workforce will begin to get benefits first, or what benefits levels we will commence with,” he said.

The minister expressed that there were three seminal moments in the history of St. Kitts and Nevis that stand out to him. The first was when then Premier Robert L. Bradshaw acquired the sugar lands from planters in 1975 that opened the doorway for ordinary citizens to own land. The second was the establishment of Social Security in 1977 that provides pensions for retiree and other benefits for workers. The third seminal moment mentioned was the abolishment of the Personal Income Tax in 1980.

He said that the UHC is the new seminal moment that will positively transform the lives of the populace.

Prime Minister Dr. the Honourable Timothy Harris led the tour to the various manufacturing plants and assured the workers that “government is busy doing your business … and “will be there for you and will be there with you.”