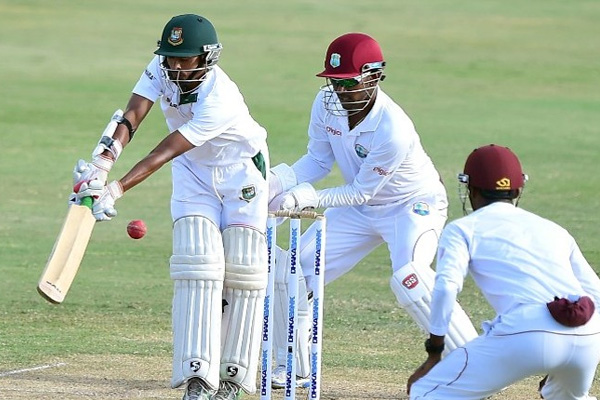 Gros Islet, St Lucia — Bangladesh collapsed to a 2-0 series defeat against West Indies, losing the second and final test by 296 runs with a day to spare on Tuesday.

West Indies declared their second innings on 269 for four after Shivnarine Chanderpaul (101 not out) had completed his 30th test century.

Jermaine Blackwood (66) had helped put on a 169 run fourth wicket partnership as West Indies set a near impossible target of 488.

The more realistic challenge for Bangladesh was to bat for as long as possible and hope the unpredictable weather in Saint Lucia at this time of year might help them.

The tourists added 34 runs for their final seven wickets with Benn’s left-arm spin bringing him figures of 5-72 while seamer Jerome Taylor chipped in with 3-39.