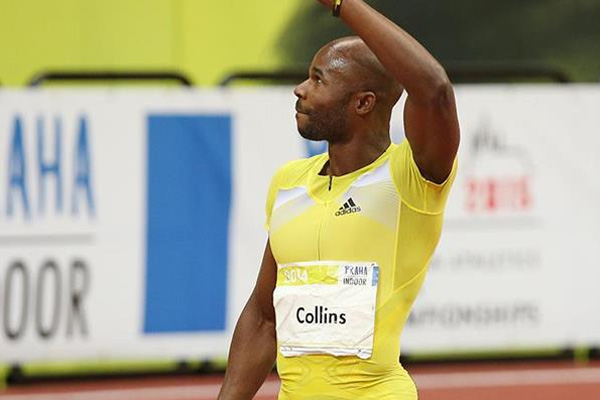 Sports Page — Within the last 15 minutes of the Pedro’s Cup meeting in Lodz, the Atlas Arena came alive as three world-leading marks were set on Tuesday (17).

It may have been Pancake Day, but the atmosphere was anything but flat as Orlando Ortega clocked 7.45 to win the 60m hurdles, closely followed by Ryan Whiting sending his shot out to 21.80m before Kim Collins rounded out the evening with a 60m victory in 6.47.

But the star of the show proved to be Kim Collins, who, at 38, improved on his PB and world-leading mark once again in the men’s 60m. He took it easy in the heats, posting 6.66 and allowing Daniel Bailey to catch him before the line. But in the final, he came out all guns blazing.

The former world 100m champion sped to a 6.47 clocking, equaling the Central American and Caribbean record set three years ago by Lerone Clarke. Behind him, US champion Mike Rodgers equaled his season’s best of 6.52, while world indoor champion Richard Kilty also recorded his best mark of 2015 with 6.54 for third place.