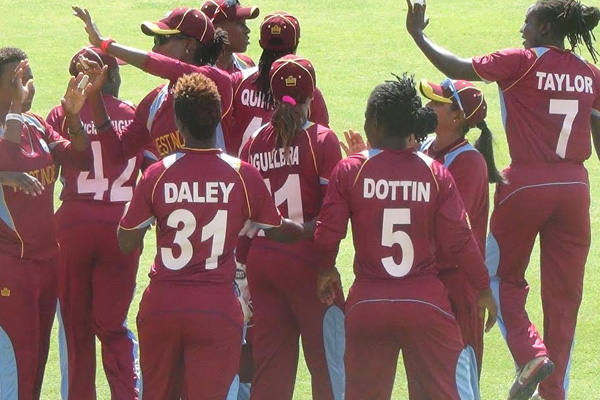 Windies Women make it 3 and 0

It was the third one day international of the four match series, played at the Warner Park Cricket stadium, with West Indies leading the series 2 games to nil.

The Kiwis won the toss and elected to bat first but were shocked into submission very early by a superb spell of medium fast bowling by Shakera Selman who opened the bowling. She bowled so impressively that skipper Aguillera allowed her to bowl her ten overs on the trot.

She removed Curtis who was caught by wicketkeeper Aguillera. She then had Mc Glashan leg before wicket.

She was well supported in the field and a superlative catch by the tall Brittney Cooper; probably put the icing on the cake. It was Satterthwaite who mishit a delivery which was falling away from the fielder and she ran; extended her arms and dived full length to come up with the breath taking effort.

Later Anisa Mohammed also served to confuse the batters with her off spinners and the New Zealand women had no response.

Included in her three scalps was top scorer Rachael Priest whom she had, caught and bowled. Priest and Maddie Green shared in their team’s best partnership, taking the score from 38 for 6 to 62 for 7 when Green fell.

The touring team succumbed to a paltry total of 69 all out.

They were led by an impressive 23 not out by Stafanie Taylor and 21 not out by Deandra Dottin, after openers Kycia Knight and Natasha Mc Clean were separated with the score on 20, when Knight departed for 13 and Mc Clean went shortly after for 10.

The Windies team now holds an invincible lead in the series: 3 to 0 with one match remaining, set for Independence Day for the Federation of St.Kitts and Nevis—Friday 19th September.

A much bigger crowd is expected to witness the final match.