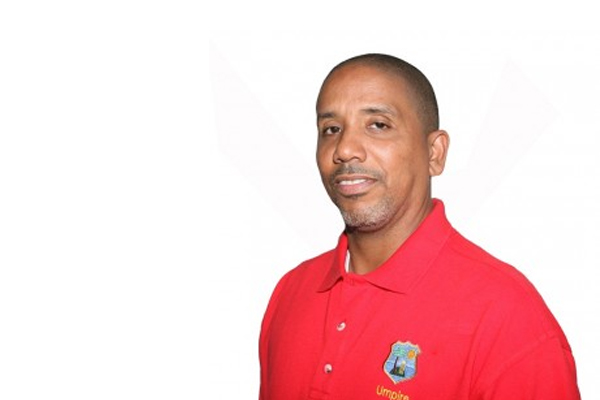 Port of Spain, Trinidad — Top Trinidad and Tobago umpire Joel Wilson said he is both honoured and humbled to be chosen by world cricket’s governing body to officiate at the upcoming ICC World Cup to be jointly staged by Australia and New Zealand.

Wilson, 48, will become the first T&T umpire to participate in an ICC World Cup when he joins the elite group of officials for the competition and his historic accomplishment has not gone unnoticed by the T&T Umpires and Scorers’ Association (TTUSA).

On Wednesday the organisation staged a cocktail reception for all match officials participating in the current Nagico Super50 regional one-day 50-overs tournament being staged in Trinidad and Tobago.

Among those attending the function in the hospitality suite of the Queen’s Park Oval in Port of Spain were president and secretary of the TTUSA, Parasram Singh and John Lewis respectively and several leading local and regional umpires, fourth officials and match-referees.

Wilson said that over the past few weeks he has been preparing for the big assignment by participating in a series of ICC organised pre-tournament exercises, including a training regimen designed to fine-tune the skills of the umpires picked for the World Cup.

He said he has been taking part in a specialist “eye-gym” programme and other exercises to improve his reflex time, brushing up on his knowledge of the laws and regulations of the game, as well as familiarising himself with the hot-spot and Snicko technology.